Learning as we go: Challenges with the use of exhaust gas scrubbers

by Siddharth Mahajan
in Emissions, Opinions

In the following article, Capt. Siddharth Mahajan, Loss Prevention Executive Asia, Singapore, at the Gard P&I Club, discusses challenges associated with the use of scrubbers as one of the two most popular options for compliance with IMO 2020 and shares preventive recommendations for scrubber-related breakdowns.

There are concerns associated with both of the two most popular options to comply with IMO 2020; use of compliant fuels and SOx Exhaust Gas Cleaning Systems (EGCS), often referred to as scrubbers. However, what is important is that after an incident has occurred, the maritime industry learns and prevents similar cases in the future.

IMO 2020 is fast approaching and it is estimated that nearly 3,000 vessels will have scrubbers installed by 2020. For the majority of owners and their crew members, scrubber systems are new technology and, as with any new system, teething problems can be expected. Compliant fuels too, would bring about their own challenges.

Gard has handled a few scrubber related claims and in this article we look back at cases where there has been a breakdown of or damage to or by the scrubber.

Fire during retrofitting of scrubber 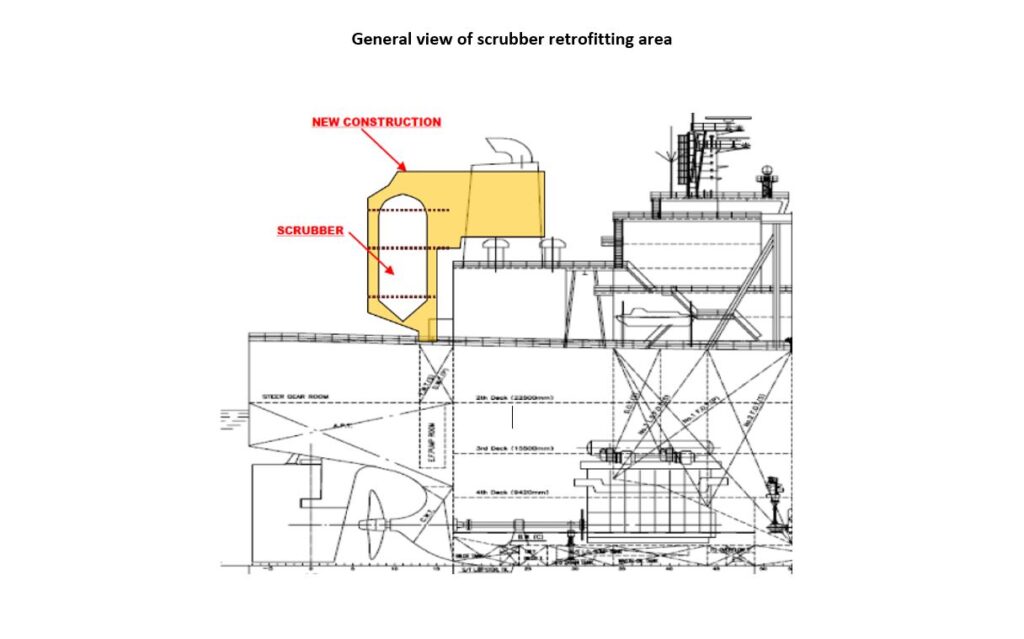 Scrubber installation requires extensive hot work to facilitate the extension of the funnel area and attaching the scrubber tower to the vessel’s structure.

Gard has seen a few fire incidents where sparks from welding, metal cutting, and other hot work activities fell into the inner chamber of the scrubber through uncovered openings, and in one case the fire also spread to the engine room through glass reinforced epoxy (GRE) piping. Heat generated from the steel cutting for the supporting brackets, also contributed to the build up of heat inside the scrubber. In all these cases the yard fire fighting team responded and extinguished the fire with vital assistance from crew.

Later investigations revealed that crew had requested that the yard to cover the openings but this was not done. The fire risk to scrubber packing during the hot work activity had not been identified by yard personnel, and many of them were not aware that internal components of the scrubber were combustible. These fire incidents arising from shortcomings in hotwork safety procedures are not peculiar to scrubbers and can occur in any location onboard a ship where welding, cutting or grinding works are undertaken.

Sea water ingress due to corrosion

Scrubber waste is corrosive, and we have seen a few incidents where within 10-15 months of the open loop scrubber being installed, corrosion of overboard distance piece or in its immediate vicinity has resulted in water ingress into areas such as the engine room, ballast tanks and cargo holds. Absence of or poor application of protective coatings on the inside of the pipe and at the welds, along with poor application of paint on hull plating near the washwater discharge were identified as the causes of accelerated corrosion. In all these cases, temporary repairs to plug the leak were carried out by divers followed by permanent repairs at a yard.

Scrubber damage due to poor workmanship and thermal shock

A vessel was regularly trading in Northern Europe and had installed an open loop scrubber. It had to changeover to low sulphur fuel when visiting a port that had regulations in place banning discharge of washwater from open loop scrubbers. It was still required to run the scrubber in dry mode, i.e. with washwater supply pumps turned off, to allow for the passage of hot exhaust gasses with a temperature of nearly 400° C. After departure from port, washwater pumps would be started and cold sea water sprayed through the nozzles inside the scrubber. During inspection of the scrubber by crew, damage was noticed to the nozzles, demister housing and the drains.

A survey was carried out and indicated a variety of concurrent causes, such as thermal shock, poor workmanship by the yard, for example, only spot welding done on demister supporting plates; and poor design. The scrubber had been in service for nearly two years.

As any other equipment or machinery onboard the ship, scrubbers are not immune from breakdown and damage. For the incidents discussed above, our recommendations would be:

In time, managers, their crew, and the manufacturers gain more experience in such matters and the frequency of such incidents will decrease. Until that time, it is important for the industry to share the lessons learned from scrubber related breakdowns to benefit the industry overall. An example would be the recent scrubber advisory published by Maritime and Port Authority of Singapore.

Above article has been initially published in Gard P&I Club website and is reproduced here with the author’s kind permission.

Capt. Siddharth Mahajan is a Loss Prevention Executive, Asia at GARD AS. He is a former DPA/CSO/QHSE Manager at Tipco Asphalt plc and a former independent marine surveyor, focusing on condition surveys, delivery/redelivery surveys, draft surveys and on attending cargo contamination cases on behalf of charterers, owners and/or P&I Clubs. He has also been a Master mariner in Anglo Eastern.