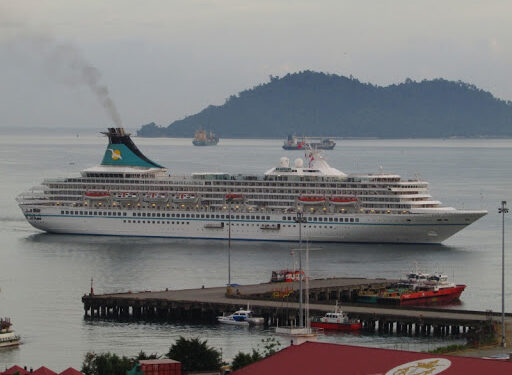 The last cruise ship still carrying passengers made its final port of call at the German port of Bremerhaven on Monday, disembarking its last eight passengers, three months after it was caught amid pandemic.

The ship’s arrival comes more than two months after the cruise industry suspended its operations amid pandemic with ships as MSC Magnifica and Pacific Princess docking in April.

The ship departed on an 140-day world cruise from Hamburg, Germany on 21 December 2019.

In March, amid the global industry disruptions brought by COVID-19, a total of 36 passengers onboard the ship tested positive for the virus after a check from Australian health officials in Fremantle, Western Australia.

Those affected were quarantined in local hospitals, while three from those onboard have since died.

The healthy passengers stayed quarantined on the Artania until their repatriation flights at the end of March and subsequently flied back home, most in Germany.

The eight passengers who remained onboard had decided to travel back home via ocean, rather than via airplane.

The ship’s journey back to Europe started on 18 April and should have ended earlier than Monday, but it was extended to repatriate many of its remaining crew members, amid disruptions in crew changes.

About 75 crew members also stayed onboard until Bremerhaven.