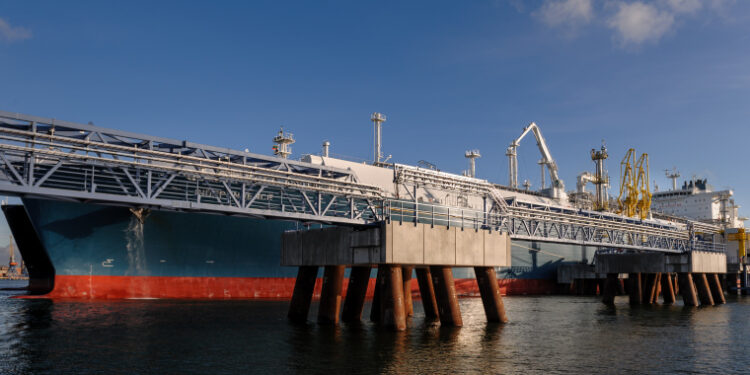 Through this loan agreement we are continuing to support Lithuania´s security of energy supply, a strategically important objective for our member country,

Currently, the FSRU used for LNG import to Lithuania is leased from the Norwegian Höegh LNG on a ten-year arrangement that expires in 2024.

Following the Lithuanian government’s decision to secure a long-term import of LNG to the country, KN Board adopted principle decision to acquire LNG storage unit “Independence” or another floating LNG storage unit by 2024 and optimize current costs of the LNG terminal infrastructure.

NIB’s funding will cover around EUR 26.8 million of the payments each year during the period 2020–2024, and thus will provide an opportunity to reduce the cost of LNG terminal infrastructure for consumers immediately.

The financing will enable equalized tariff levels to be maintained throughout the full lifetime of the terminal, both before and after an FSRU is acquired.

As a company of strategic importance, KN will contribute to the common goals of the state – in particular, to contribute to the long-term diversification of gas supply, energy security and independence, as well as to competitive gas prices for consumers. International energy experts confirm that the use of natural gas and LNG as the cleanest fossil fuel for power generation and heavy-duty road transport will play an important role in the transition for the EU to become a climate-neutral economy by 2050. Therefore, it is important for us to find the most cost-effective and sustainable solutions to the reduction of the security supplement of gas supply to ensure the competitiveness of LNG over other forms of energy and fuels,

This is NIB’s third loan agreement related to LNG infrastructure developments in Lithuania; the first two loans with Klaipedos Nafta were signed in 2014 and 2017, respectively.

The LNG terminal in Klaipeda, called “Independence”, was inaugurated in 2014. The project was developed to secure the natural gas supply by breaking down the market dominance of a sole supplier.

The majority state-owned oil and LNG terminal operator KN is one of the largest energy resources logistics companies in the Baltic States.