The marine transportation of containers is a complex operation, requiring close supervision from the moment the containers are taken until they are safely delivered to the receiver. As such, several claims are resulted from container trade, many of which could have been easily avoided had greater oversight and diligence been exercised.

As part of its Risk Assessment series, the Shipowners Club, in cooperation with CTRL Marine Solutions Ltd, focused on cargo operations onboard a container vessel. The main causes of container related cargo claims are: 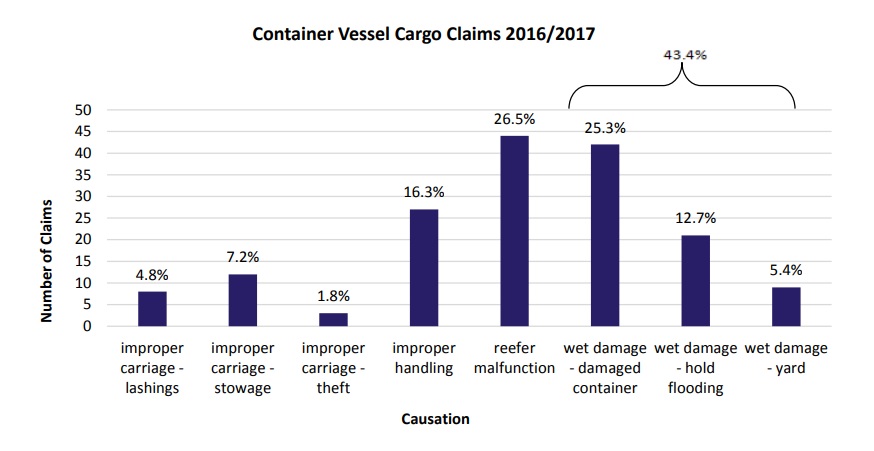 In addition, surveys of transport practice have revealed that almost 70% of all packed containers, swap-bodies, road and rail vehicles or other cargo transport units exhibit shortcomings in packing and load securing which could result in damage, according to data provided by the German Insurance Association. In its container handbook, it stresses:

Insufficient knowledge and inadequate skills on the part of many of those involved in cargo shipping are the root causes of subsequent losses. Errors in the planning and execution of transport operations are for the most part due to human failure….Basic errors are sometimes made as early as during design and production of the goods which are ultimately to be shipped.