Key causes of bulk carriers losses in the last 10 years

In October 2017, the sinking of Emerald Star, loaded with nickel ore, claimed the lives of 11 seafarers / Credit: Shipspotting

Between 2008 and 2017 there have been 53 total losses of bulk carriers of 10,000 tonne deadweight and above, with the reported loss of 202 seafarers, according to the Bulk Carrier Casualty Report 2017 recently issued by INTERCARGO. The report highlights that cargo failure, including liquefaction, is one of the greatest concerns for the safe carriage of dry bulk and is likely the cause of the loss of 101 seafarers’ lives and 9 vessel losses in the last ten years. 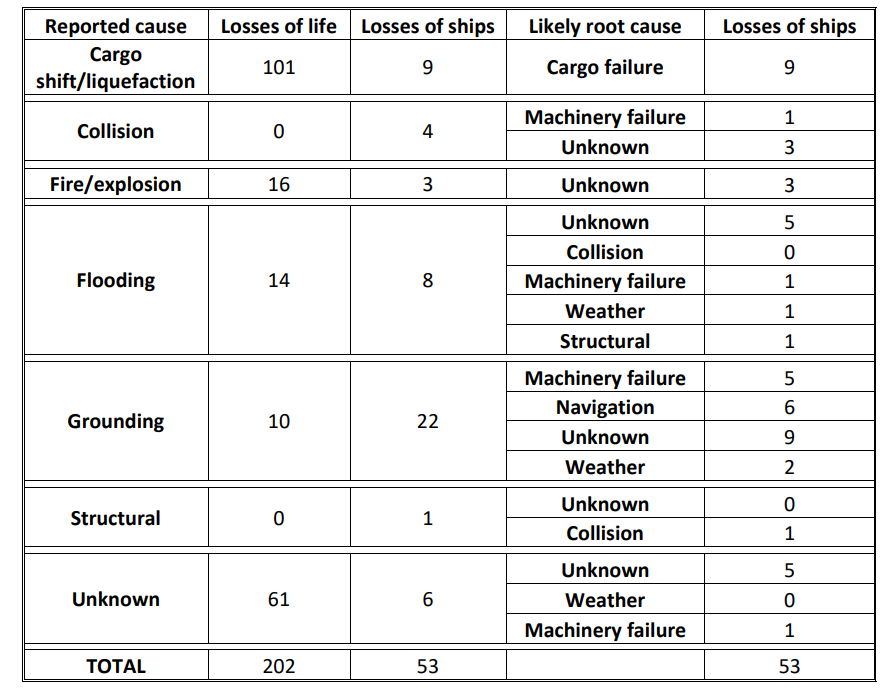 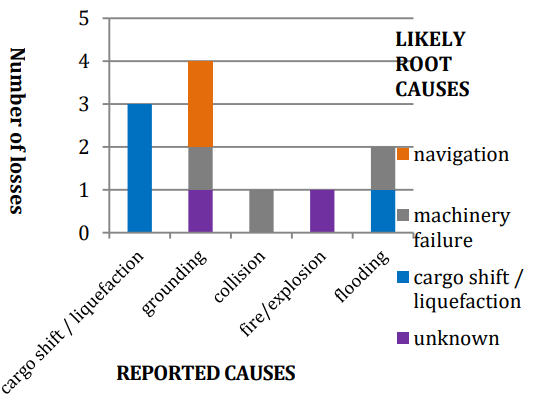 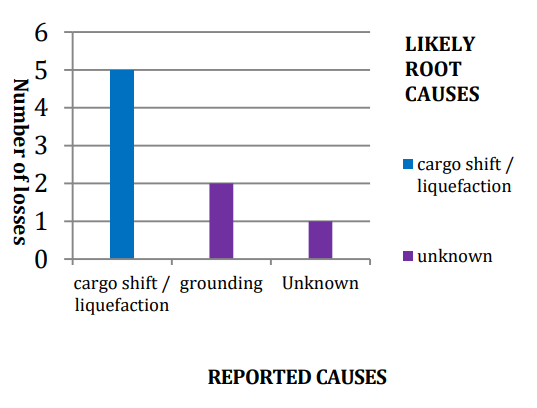 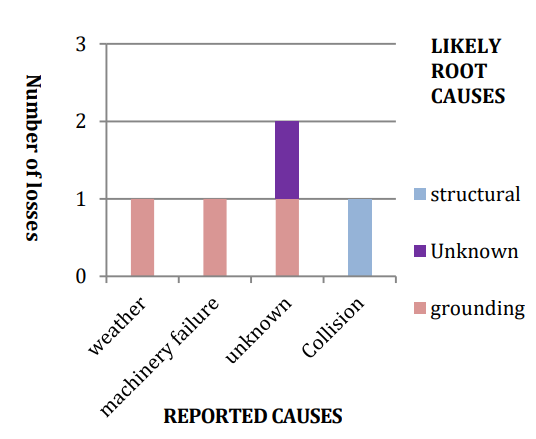 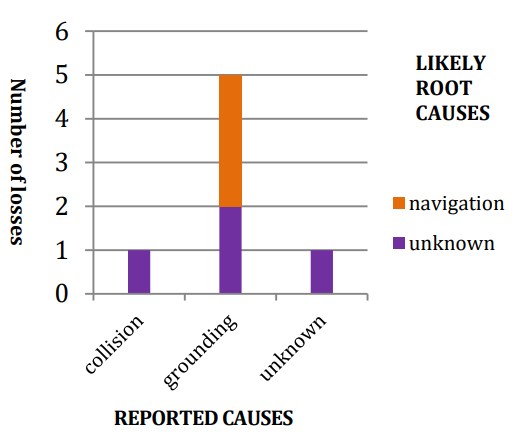 Focusing on the last two years alone, INTERCARGO cited the most common causes in 2016 and 2017 : 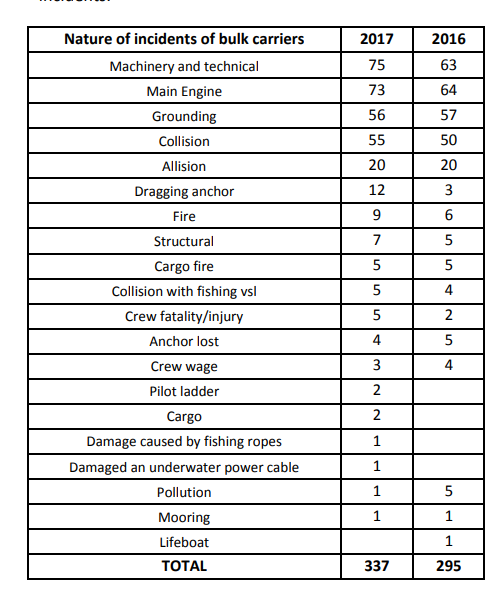