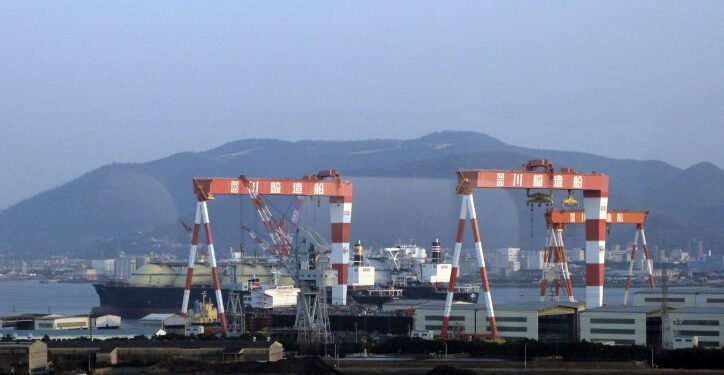 ABS recently announced that granted an Approval in Principle (AIP) to Kawasaki Heavy Industries regarding its LPG as fuel system design. Specifically, KHI highlights that its dual-fuel engine is capable of using both marine diesel oil and LPG as fuel, while reduces fuel consumption, following the NOx Tier 3 regulations.

By using LPG as a fuel, industries aid in reducing the emissions to air, in comparison to other conventional fuels, both in terms of greenhouse gas emissions and other pollutants.

We are proud to work with innovative partners such as KHI, supporting the delivery of the next generation of cleaner vessels.

Kawasaki Heavy Industries’s design is for an electronically controlled LPG injection marine diesel engine (ME-LGIP) while is the first order placed for an engine of this type in Japan.

LNG as fuel is attracting widespread attention as an environmentally friendly option, but LPG as fuel has advantages over LNG, including potentially reduced initial investment and simpler handling onboard.  As a result, we believe LPG as fuel will prove increasingly attractive to the market in the future.

Overall, several days ago, ABS was awarded $2.1 million for two of its projects based on enhancing safety in the offshore oil and gas field,  given by the Gulf Research Program (GRP) of the National Academies of Sciences, Engineering, and Medicine under their $7.25 million investment on 8 projects.