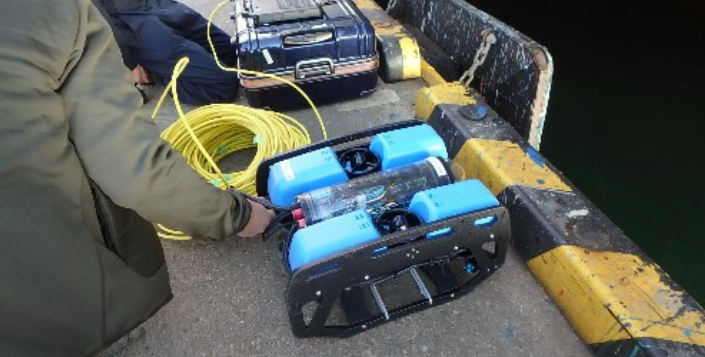 The development is part of the “K” Line’s ship management policy named “KL-Quality,” designed as a high-level and systematic ship inspection program by a dedicated team consisting of professional Superintendents.

However, we have continued having difficulty for a long time in inspection of ship parts that are hard to access, such as the top side of cargo hold, ship hull under water, etc.

As a result of multiple on-site trials with aerial and underwater drones with Technos Mihara, which has sophisticated technology for drone operation and image analyzation, the company has now found notable improvement in the accuracy of such inspections.

In addition, we have also enjoyed an improvement in efficiency and safety of the inspections by automation using these drones.

“K” Line and Technos Mihara are now proceeding to the next step and have reached a mutual agreement to develop a new system for ship hull inspection and maintenance.

“K” Line’s department known as “AI/Digitalization Promotion Division” was set up in January 2019 and is aiming to introduce new technology and improve high-value-added transportation services.