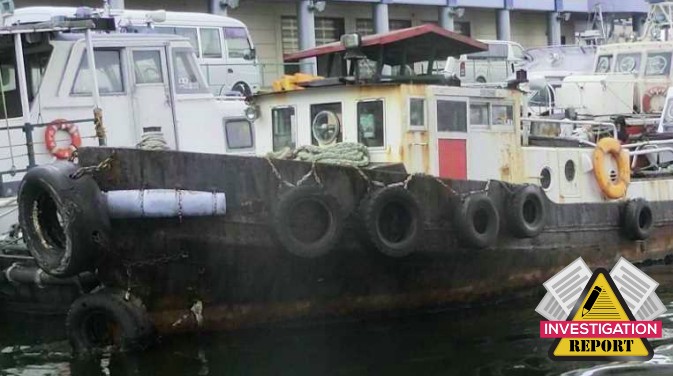 JTSB issued an investigation report on the collision of a Ro-Ro cargo ship with a tugboat off Keihin Port, in June 2019. The investigation highlighted issues related to poor visibility due to dark and heavy rain.

At around 19:25 on June 10, 2019, the two vessels collided in the vicinity of the northern end of the Tokyo West Passage, Tokyo Section 3, Keihin Port.

As a result, PANSTAR GENIE suffered abrasions on its port and starboard bow’s shell plating and DAITOUMARU suffered fractures and other damages on its mast. There were no casualties on either vessel.

It is probable that the reason why Master B did not monitor PANSTAR GENIE’s movements and continued with the navigation was, from the first time he noticed PANSTAR GENIE, he assumed that it was an incoming vessel mooring at the Shinagawa Wharf.

In addition, it is probable that the noise from DAITOUMARU’s main engine and the sound of rainfall at the time of the accident might have caused Master B not to notice that PANSTAR GENIE was approaching.

Therefore, it is necessary to implement the following measures to prevent the recurrence of similar accidents.