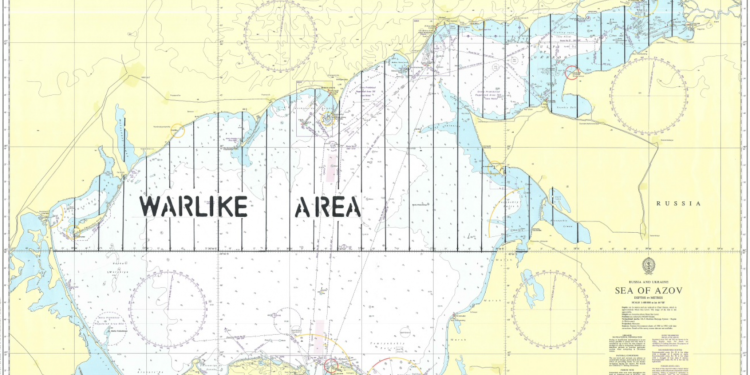 The Joint Negotiating Group (JNG) and the International Transport Workers’ Federation (ITF) have designated areas in the Black Sea and the Sea of Azov as ‘Warlike Operations Areas’ triggering an increased security level and other entitlements for seafarers in the war zone.

The designation was agreed at an emergency high-level meeting on the rapidly escalating crisis in Ukraine between the social partners. Repatriation, payment of wages, safe transit and respect of individual seafarers’ rights, particularly for seafarers from the region, were the focus of discussions.

The JNG and ITF as social partners, negotiate and ensure application of the International Bargaining Forum (IBF) agreement, which is the only international collective bargaining agreement covering terms and conditions for seafarers in international trade on over 9,000 ships.

The escalation in hostilities and conflict in Ukraine has put enormous pressure on seafarers of all nations and an industry already labouring under the demands and challenges of the pandemic.

The parties agreed that “the welfare of seafarers and the protection of their rights in this unprecedented situation was paramount to the spirit and intent of the IBF agreement.”

IBF Warlike Operations Areas were designated for the Sea of Azov (north of latitude 46°N), the Northern Black Sea Region and all ports in Ukraine. Under this classification seafarers onboard IBF covered ships are entitled to receive:

Because of the rapidly developing situation these designations will be re-visited on a two-weekly basis to review the period of validity and, if necessary, the terms and conditions as well as the coordinates.

In addition to the establishment of the ‘Warlike Operations Areas’ around Ukraine and adjacent waters, the JNG and ITF also committed to further high-level discussions to monitor and review mechanism to ensure seafarers’ safety and security in the rapidly evolving crisis.