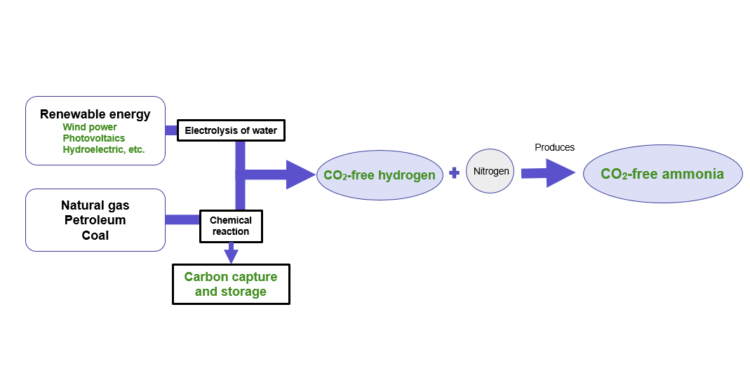 Amid a growing discussion on ammonia as an attractive fuel solution to decarbonization, Japanese entities NYK Line, Nihon Shipyard, and ClassNK inked a MoU with Yara International to jointly study the practical application of an ammonia-fueled ammonia gas carrier (AFAGC), that uses ammonia as its main fuel.

Ammonia is attracting attention from various quarters as an alternative fuel that can contribute to achieving IMO goal of halving GHG emissions from the international maritime sector by 2050.

This project is part of joint R&D for the practical application of the world’s first ammonia-fueled ammonia gas carrier, which NYK Line, Nihon Shipyard, and ClassNK have been operating since August 2020.

MAN, ANDRITZ to focus on green hydrogen production from hydropower

With the signing of this MOU with Yara, the partners will now proceed with studies based on more specific operational requirements, including ship design and development, by studying operational methods and regulatory compliance, and evaluating economic efficiency.

Through this joint R&D, we will promote the use of ammonia as a marine fuel and aim to provide a stable supply to meet existing demand (including chemical products and raw materials for fertilizers) and new demand (including fuel use in domestic thermal power plants), which is expected to grow in the future.,

…a joint statement by the companies reads.

The consortium also plans to establish international standards as soon as possible in the field of safety.

The news coincides with the publication of the Nordic Green Ammonia-Powered Ship concept study this week, which elaborated a concept for a green ammonia-powered gas carrier, transporting ammonia as a cargo in Northern Europe and using zero-emission ammonia as a fuel. The study, which has been developed by the Global Maritime Forum and Fürstenberg Maritime Advisory with support by various partners, including Yara, unveiled great potential for green ammonia-powered ships.