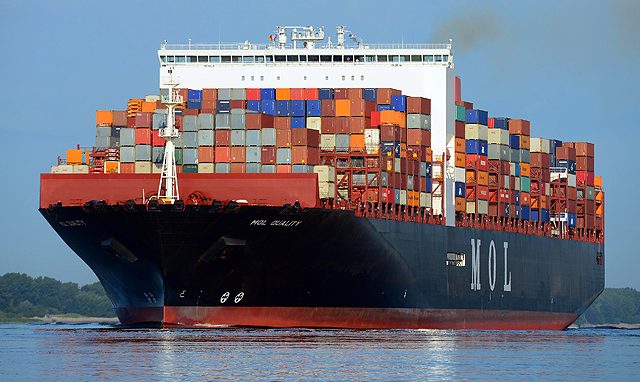 The business integration of the three major Japanese container shipping companies, K Line, MOL and NYK, is expected in April of this year, marking a new beginning in the global supply chain.

The new joint-venture, Ocean Network Express (ONE), aims to provide higher quality and more competitive services, responding to the imbalance of supply and demand in the container shipping industry which has struggled in recent years due to a decline in the container growth rate and the rapid influx of newly built vessels.

The liner business integration is expected to bring a profit of ¥50bn ($440m) in costs in the first fiscal year which ends on 31 March 2019, and then ¥110bn per year, according to The Loadstar.

In their New Year messages to their respective companies, the presidents of the firms referred to the merger as a “turning point” for their business.

Namely, K line's President highlighted the integration as a first step in the group's effort to rebuild portfolio, after withdrawal from the Heavy-Lifter Business, sold last year, which was partly a result of the company taking a new look on how to manage overall business in the future.

"I believe this new enterprise will deliver the advantages of expansion of scale brought by the integration. I expect it will also achieve greater competitiveness by bringing to bear the best practices of the three companies and demonstrate a strong presence in a containership industry that continues to undergo a paradigm shift. ONE will be an affiliated company accounted for by the equity-method, and thus will have a different operating format. Nonetheless, Containership Business will remain a core segment of our Group, and we will continue to give it our full support," he explained.

Mr. Eizo Murakami added that even after spinning off Containership Business, the firm will work to ensure that it continues to grow strongly by taking advantage of its high transportation quality and customer base.

Moreover, MOL's Junichiro Ikeda named the new business venture a "major turning point for MOL and mark a new beginning", noting also the company has been carefully laying the groundwork for the integration.

Concluding, NYK's Mr. Tadaaki Naito said ONE will mark starting of the "difficult work of bringing the company to life", adding that it is among the major decisions that form the group's future.

The shipping business integration strategy has been seen a lot in recent months, partly as a result from global economic downturn, leading shipping companies to mergers or alliances, in order to achieve stable profits and overtake the competition. This consolidation is expected to continue as a key feature especially in the container shipping industry into 2018, according to a report by Moody’s Investors Service.