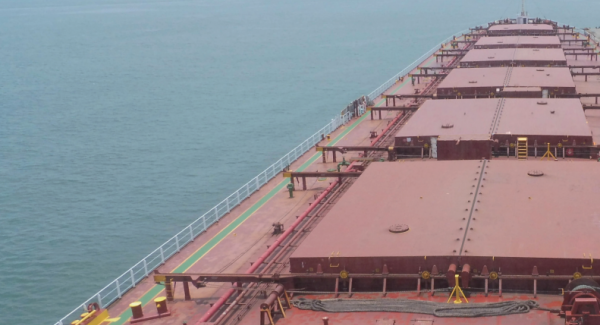 Japan P&I Club recently released a new bulletin, in which it addresses the matter of cargo ventilation. Ventilation is the introduction of air from the external environment into and through a cargo space, and the exhausting of the in-hold air.

Ventilation may be needed in order to ensure that there is a sufficient oxygen supply for safe personnel entry into the cargo space. In addition, ventilation can remove poisonous and flammable gases which could give rise to a dangerous situation.

These gases might be produced by the cargo itself, e.g. evolution of carbon monoxide from a heating coal cargo, or they may originate from another external source, e.g. phosphine gas evolution during cargo fumigation.

Regardless of the case, ventilation requires the measurement of the gases present in the air until such a time that they can be considered to have returned to normal or ‘safe’ levels. It is not primarily concerned with the care of the cargo.

Apart from the above safety reasons, ventilating cargo spaces aims to minimise condensation, or so-called ‘sweat’, forming inside the cargo space.

This is an important aspect of caring for a particular cargo while it is in the custody of the master of the carrying vessel, because a failure to do so may result in cargo damage and thus a cargo claim at outturn.

Moreover, when deciding whether or not to ventilate a cargo compartment to eliminate/minimise sweat formation, it is crucial that the crew measures and compares the external air temperature with that of the cargo itself, or the air inside the cargo space.

Finally, Japan P&I Club outlined the cargoes that face the most risk.

Namely, cargoes that are more susceptible to damage caused by sweat are those that will deteriorate in some way when in contact with water.