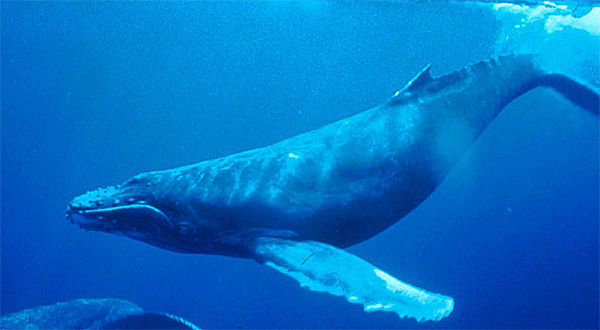 Japan's recently-announced decision to withdraw from the International Whaling Commission (IWC) -which means to continue commercial whaling after more than 30 years-, has spurred different reactions across environmental organizations across the globe. The decision was taken in line with Japan’s 'basic policy of promoting sustainable use of aquatic living resources based on scientific evidence'.

Previous media reports had indicated that government of Japan was considering pulling out of the IWC, but an official governmental announcement on 26 December formalised the country’s intentions to leave the organisation. From July 2019, after withdrawal comes into effect, Japan will conduct commercial whaling within territorial sea and its exclusive economic zone, but will cease the take of whales in the Antarctic Ocean /the Southern Hemisphere.

According to an official statement by the government, although scientific evidence has confirmed that certain whale species/stocks of whales are abundant, Member States of the International Whaling Commission 'refused to agree to take any tangible steps towards reaching a common position that would ensure the sustainable management of whale resources'. As a consequence, the modification of the moratorium has not been properly considered either, despite the IWC’s legal obligation to do so “by 1990 at the latest”.

Although Japan will withdraw from the ICRW, it remains committed to international cooperation for the proper management of marine living resources. In coordination with international organizations, such as through its engagement with the IWC as an observer, Japan will continue to contribute to the science-based sustainable management of whale resources. At the same time, Japan will further enhance cooperation with countries that share the basic position to promote sustainable use of aquatic living resources to broaden international support for such position and will strive to restore the original functions of the IWC,

Greenpeace condemned the decision, noting that the government is trying to 'sneak' in this announcement at the end of year away from the spotlight of international media.

The declaration today is out of step with the international community, let alone the protection needed to safeguard the future of our oceans and these majestic creatures. The government of Japan must urgently act to conserve marine ecosystems, rather than resume commercial whaling. As a result of modern fleet technology, overfishing in both Japanese coastal waters and high seas areas has led to the depletion of many whale species. Most whale populations have not yet been recovered, including larger whales such as blue whales, fin whales and sei whales...As the chair of the G20 in 2019, the Japanese government needs to recommit to the IWC and prioritise new measures for marine conservation,

Meanwhile, Sea Shepherd, which has opposed Japanese whaling operations in the Southern Ocean Whale Sanctuary with expeditions to Antarctic waters first in 2002 followed by continuous campaigns from 2005 until 2017, highlighted that, if Japan withdraws from the International Whaling Commission (IWC), it will allow the IWC to pass the motion to establish the South Atlantic Whale Sanctuary thus effectively ending whaling in the Southern Hemisphere.

Japan will now join Norway and Iceland as rogue outlaw whaling nations in the North Pacific and the North Atlantic...Sea Shepherd welcomes this announcement by Japan and views it as a positive development.