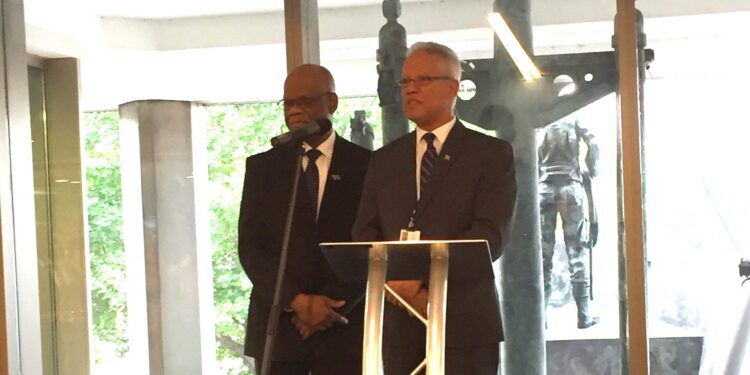 The Maritime Authority of Jamaica (MAJ) officially launched its candidacy in the UK for a Category C seat on the International Maritime Organisation’s (IMO) Council at a reception at the IMO, on July 6th.

Welcoming this opportunity, the High Commissioner for Jamaica to the UK, Seth George Ramocan, highlighted the reasons Jamaica deserves its seat around the Council table. These include:

“Against this background and our track record, Jamaica can contribute meaningfully to the delivery of the IMO’s mission in its capacity as a conscious SIDs Council member and also to significantly represent the community of nations of the LDCs. As a maritime leader in the Caribbean, we therefore seek your support for our candidature to the Council in Category C, when we vote in December”, concluded Mr Ramocan.