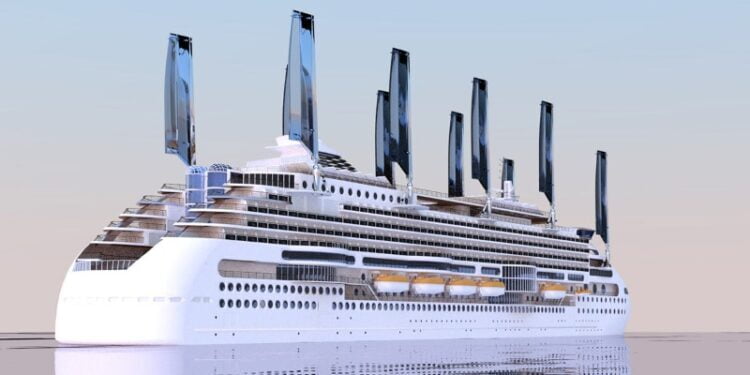 After the Wind Propulsion Forum at the One Ocean Summit, the International Windship Association Secretary General, Gavin Allwright delivered a number of recommendations and a call for action for policy makers.

As Mr. Allwright said, there is the need to fully integrate the potential of wind-powered ships within International and European institutions, in order to further improve ocean protection and urgently deliver on decarbonisation pledges by adopting an ‘propulsion- or energy-centric approach rather than a narrow fuel-centric one’.

For this reason, he believes in the active support of IMO’s texts so that wind propulsion is considered in the same way as alternative fuels and is brought to the heart of the maritime transport decarbonisation pathway.

Promoting direct wind power for shipping in European policies dedicated to the greening of the fleet, including in the proposals currently under discussion such as Fuel EU Maritime and the wider ‘Fit 55’ program

Another key recommendation is to deploy a fleet of wind-propelled vessels in island territories that are extremely vulnerable to climate change and that will be confronted with the challenges of availability and cost of alternative fuels. These areas are the Pacific islands, but also the Caribbean territories and many other least developed regions and small island developing states.

Mr. Allwright highlighted, concluding that support is necessary for the research, development and deployment of direct wind propulsion systems and vessels. This will send a clear message “that urgent and deep reductions in shipping emissions are not just possible this decade, but affordable and hugely beneficial to the blue economy and ocean environment.”

In an exclusive interview with SAFETY4SEA, Mr. Gavin Allwright, Secretary of the International Windship Association (IWSA), had mentioned that industry has realized wind propulsion is a realistic choice for a more sustainable future and refers to the existing wind assisted marine projects.

Although the viability of these installations is starting to be proved, there are still barriers for the industry to overcome with perception being on top of these. Nonetheless, the industry is setting the ground to adopt more wind propulsion installations.