ITOPF: Number of oil tanker spills in 2019 the lowest in 50 years 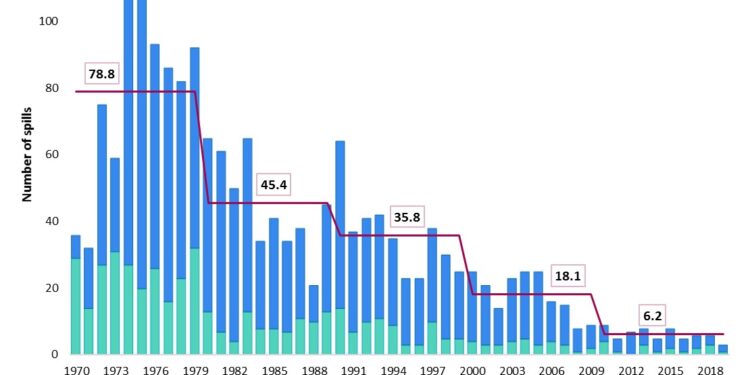 The International Tanker Owners Pollution Federation (ITOPF) issued its oil spill statistics, noting a continuing decrease at the frequency of oil spills from tankers. With one large and two medium oil spills in 2019, the number in 2019 was the lowest in 50 years, ITOPF notes.

ITOPF maintains a database of oil spills from tank vessels, including combined carriers, FPSOs and barges. 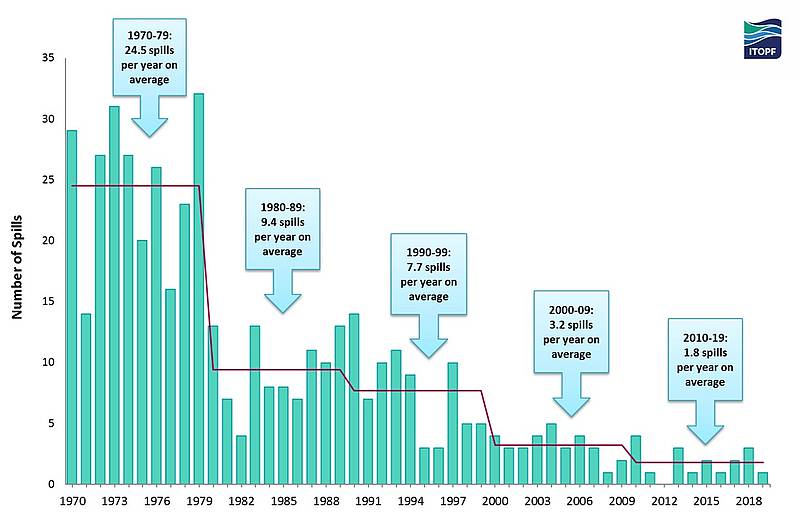 The total volume of oil lost to the environment recorded in 2019 was approximately 1,000 tonnes; the same quantity recorded in 2012 and the lowest annual figure recorded in the last five decades.

Over the last 50 years, trends identified for marine oil spills from tankers have been exceptionally positive, showing marked downward movement over the decades.

It is interesting to note that the progressive reduction in the number of large spills is significant when data is analysed per decade rather than annually.

Data recorded from 1970 to 2019 illustrate fluctuations in the yearly values within a decade.

A continuation of long-term decline can also be seen with medium sized spills (7–700 tonnes).

The average number of spills per year this decade is 4.4, which is below a tenth of the average recorded in the 1970s. 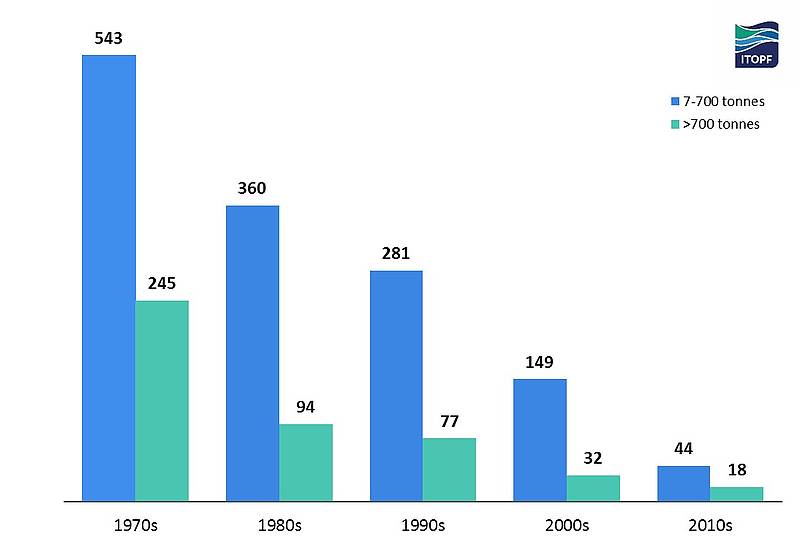 When looking at the frequency and quantities of oil spilt, it should be noted that a few very large spills are responsible for a high percentage of the oil spilt. For example, in more recent decades the following can be seen: 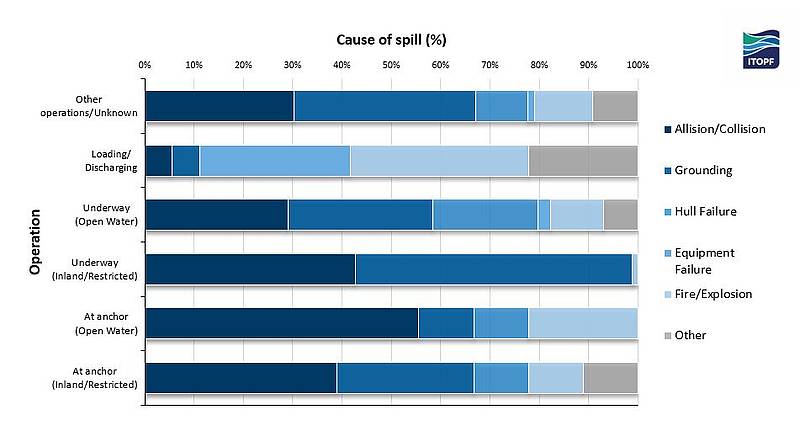 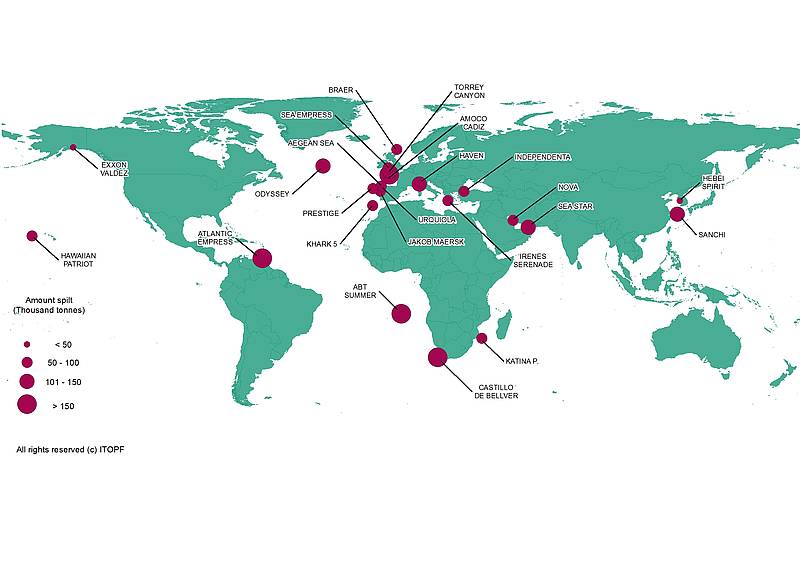