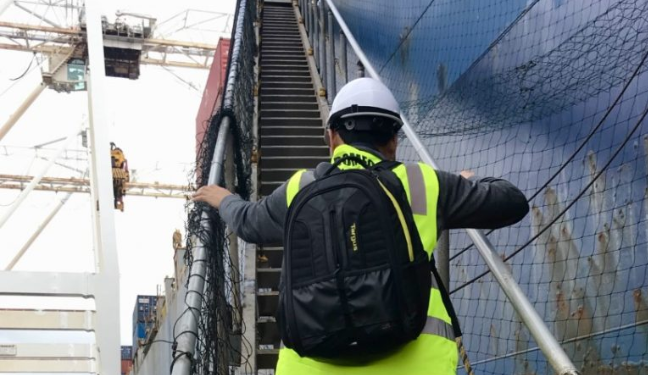 Image Credit: Maritime New Zealand / Above image is being used for illustration purposes only

Following the crew change matter that has presented, International Transport Workers’ Federation general secretary Stephen Cotton, urged once again the governments to put an end to that crisis.

Namely, secretary Stephen Cotton has called on national governments to immediately act concerning the crew change matter, while warned that it cannot be used to justify shortcuts that endanger seafarers’ lives and the marine environment.

I want to be clear that we are calling for action to resolve the crew change crisis but we need to make sure that shipping and the global supply chains that depend on our industry do not make Covid-19 a justification for shortcuts that risk lives and the environment. Our concerns about remote inspections, certification extensions and rubber-stamping unsafe crewing levels are growing

What is more, during a United Nations event organised by the International Labour Organization and the United Nations Global Compact on World Maritime Day, Mr Cotton noted that despite all collective efforts, the problem continues to escalate, while nearly 400,000 seafarers are now way beyond their tour of duty.

Their hardship is growing. Our seafaring workforce and the international shipping system they serve are at breaking point.

In light of the situation, he commended UN and international bodies for their work on crew changes and called on national governments to heed the UN secretary-general’s call to recognise seafarers as key workers in order to resolve the crisis.

Governments must recognise seafarers as key workers, providing essential services at this critical time. We urgently need governments to deliver pragmatic solutions for this state of deadlock.

Overall, ITF recently issued a report, warning the industry of the dangers arising from the temporary shortcuts amid the COVID-19 pandemic.