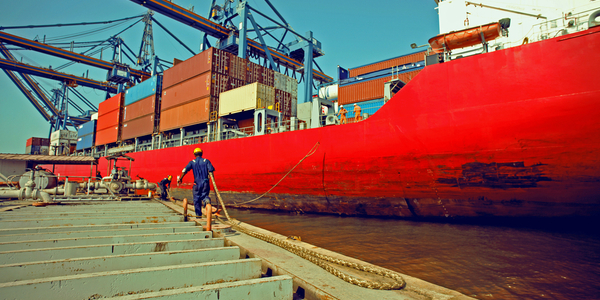 An ITF inspector was physically assaulted by a ship’s Master in an unprecedented attack which the Federation says must be condemned.

As informed, the assault happened onboard a vessel which was being investigated by the Inspectorate of the International Transport Workers’ Federation (ITF) for failing to comply with safety regulations, and for apparent irregularities in crew pay and conditions. The company is a well-known European shipowner, with their vessel flagged to landlocked Luxemburg.

“The ITF strongly condemns what has happened here: a physical assault against an ITF inspector who was just trying to do their job,” said ITF Inspectorate Coordinator Steve Trowsdale.

Trowsdale said that the ITF would not be releasing the name of the inspector to protect their privacy, nor wider details of the incident as the Federation considers its options for pursuing matters via legal avenues. The ITF has also chosen to withhold the name of the Master, the vessel, and the company at the centre of the assault case, for the time being.

“The ITF has a zero-tolerance policy towards violence at work, and this extends to how employers in the industry or their agents treat officials such ITF inspectors,” said Trowsdale.

“Our inspectorate team must always be allowed to get on with their important work unincumbered and unintimidated. The ITF stands behind our inspectors and will defend them whenever necessary.”

Trowsdale said the ITF’s 134 inspectors, coordinators, and union contacts “do outstanding work” daily defending the rights of seafarers, helping thousands of seafarers every year. “But” he said, “our inspectors are not always welcomed with open arms by a shipowner or their representative on board – particularly if they have something to hide.”

As part of their investigations, inspectors are often required to physically board vessels to verify the welfare of seafarers for themselves. Inspectors also need to go through onboard records related to pay and recorded hours of work and rest to make sure they match up with what seafarers have experienced.

“It doesn’t matter how angry or agitated a shipowner or their representative is: there is no excuse and no room for an ITF inspector, nor anyone working in the maritime industry, frankly, to be physically assaulted. Violence needs to be unacceptable in our industry,” said Trowsdale.

Since the unnamed inspector was attacked earlier this year, the ITF has launched a review into the training and support it offers to inspectorate officials. But the ITF also has a warning for others in the industry.

“We train our inspectors to deal with aggressive people and situations on vessels, and of course we offer them support when needed,” said Trowsdale. “But when incidents like this happen, however unprecedented, we have to stop and ask whether as an organisation there’s anything more that we can do to protect our team going forward.”

“We’ll look at what we need to do internally,” Trowsdale continued. “But stopping incidents like this is going to take the whole of the industry adopting the ITF’s zero-tolerance approach to violence and violent attitudes. Any seafarer, Master, employer, or agent who makes our workplaces unsafe should have no future in our industry.”