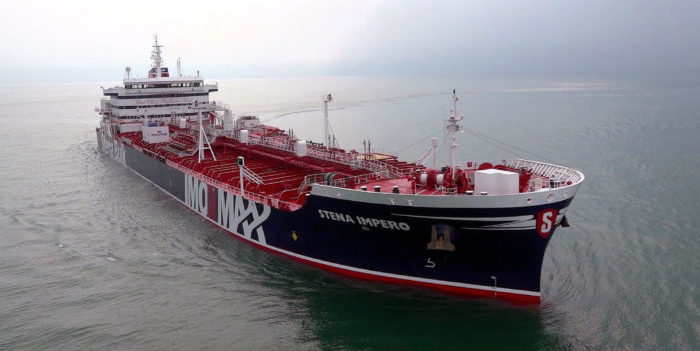 The International Transport Workers’ Federation (ITF) welcomed the Iranian authorities release of seven crew members from the detained British-flagged tanker Stena Impero, but urged for a transparent solution to this matter for the release of the other 16 seafarers who remain onboard, away from their families.

We strongly urge a swift and transparent resolution to this matter so that we can also celebrate their safe return home,

In line with an ongoing crisis in the Middle East, the British-flagged Stena Impero was detained by Iran’s Revolutionary Guards on July 19 in the Strait of Hormuz, for alleged marine violations.

Iran released seven of the 23 crew members of the Stena Impero last week– one Russian, one Latvian and five Indian nationals.

According to Iranian state television, the seven seafarers have disembarked the vessel to return home and they have now flown out of Iran.

However, a Russian embassy official in Tehran said this week that the remaining 16 crew members will remain on the ship “until the fate of the tanker itself is decided”.

On behalf of the millions of seafarers that the ITF and our affiliates represent globally, we are extremely grateful that seven of the 23 crew members are now free to return home…Although the release of the seven seafarers is a positive step in the right direction, there are still 16 seafarers that remain on board and 16 families that remain deeply concerned for and missing their loved ones,

Stena Impero could be released after the imminent completion of legal proceedings against the tanker, Iranian state television reported on Sunday.

The owner Stena Bulk has been in close negotiations with Iranian authorities regarding a potential release of the vessel, but is reiterating the vessel has breached no rules.