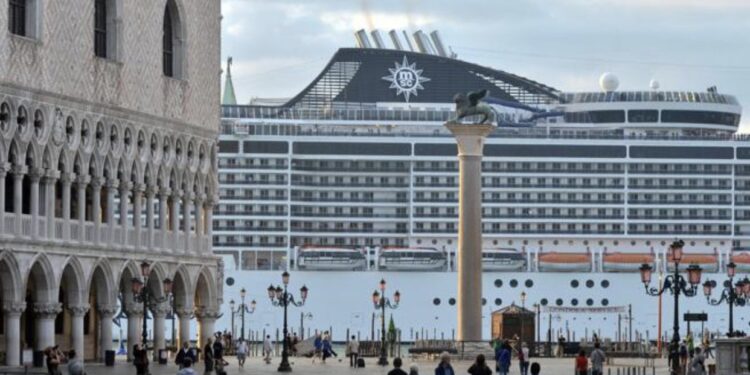 Effective from 1st August, Italy banned cruise liners from Venice lagoon in a bid to defend its ecosystem and heritage, ending years of debate and requests by residents.

The move came last Tuesday by the Italian government, shortly after the UN culture organization UNESCO threatened to put Italy on a blacklist for not banning liners from the World Heritage site, according to cabinet sources cited by Reuters.

As a result, starting from 1 August, cruise ships weighing more than 25,000 tonnes are barred from the shallow Giudecca Canal that leads past Piazza San Marco, the city’s most famous landmark. This means only small passenger ferries and goods vessels can use the Canal.

The legislation, which is likely to affect the business of cruise companies, provides compensation for firms and workers involved, a culture ministry statement said.

The announcement ends a yearly debate among Venice residents and the international shipping community who were vowing for the protection of the environmentally fragile lagoon, and port authorities and tourist operators who saw cruise tourism as a business necessity for the city.