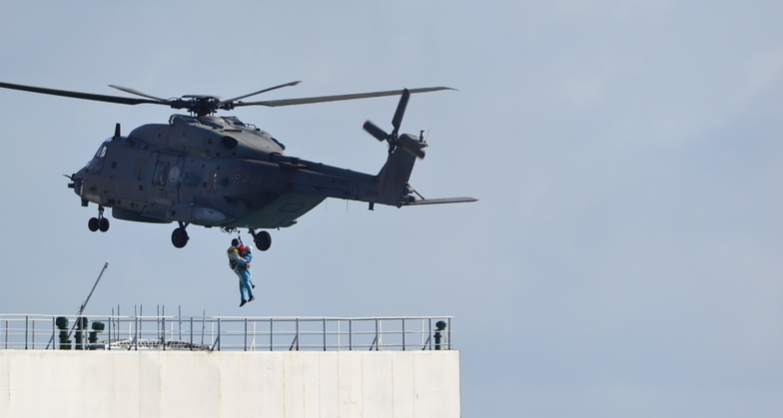 According to Marina Militare, the navy vessel closed distance and managed to establish communications with the vessel in distress.

Namely, ITS Martinengo was therefore informed that pirates had escaped and that a crew member resulted wounded to the legs.

What is more, a team of marines of the San Marco Brigade, specialized in the inspection and control activities on board merchant ships, was sent to verify the safety on board and to allow the intervention of the medical team.

The injured sailor was stabilized by the Martinengo ship's medical team that realized that it was necessary to transfer him to the nearest hospital.

Then, the frigate helicopter was launched and, in coordination with the local authorities, managed to bring him to an hospital in the nearby town of Sao Tome in order to assure him the necessary medical treatment.

For the records, the same frigate had been recently involved in a similar episode, which confirms how the Gulf of Guinea has become one of the world most dangerous maritime areas.

In fact, the Italian Navy frigate is operating with the aim of contributing to the safety of maritime routes and national interests and grant merchant ships in the area the free use of these important sea routes.​