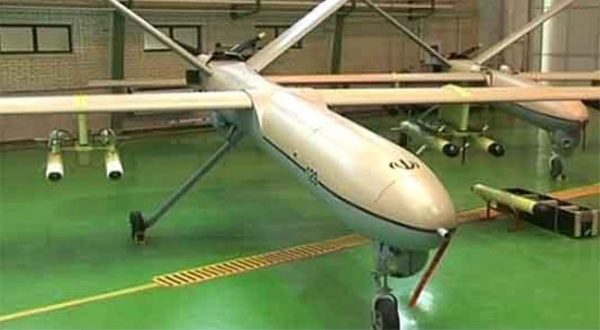 USNI news informed that the Iranian drones in the Persian Gulf and other critical waterways around the Middle East, conducting surveillance flights close to US warships crossing the Strait of Hormuz and operating around the region, have increased.

The comes a little after the US 5th Fleet reported that incidents of small Iranian fast boats harassing American ships in the Gulf have stopped altogether since August, after a 20 month period of increasing tension as they harassed Navy ships on average of twice a month.

The Iranian QOM-1 drones, also known as the Shaheed 129, are capable of carrying weapons and have been performing one to two maritime flights per day over the Strait of Hormuz and the Southern Arabian Gulf in recent months, approaching US Navy ships in the region. Although these drones have not put the ships in risks, the crews are on alert.

The most dangerous interaction between the US Navy and an Iranian drone occurred last August, USNI news said. Namely, a Shaheed-129 buzzed an American F/A-18E Super Hornet as it prepared to land on USS Nimitz (CVN-68) during a night operation in the Persian Gulf. U.S. Central Command. The drone received multiple radio calls demanding it to stay clear of American flight operations, but it approached the jet within 100 feet. Furthermore, the drone did not have its navigation lights on.

A week later another incident took place, when a second unmanned aircraft came within 1,000 feet of the carrier.

Moreover, in January, the 5th Fleet denied Iranian claims that its drones chased the destroyer USS Higgins (DDG-76), assigned to the Theodore Roosevelt Carrier Strike Group, which is operating in the Middle East.

Overall, 14 unsafe and unprofessional interactions were reported in 2017 and 36 in 2016, as US officials confirmed to USNI News.