Iran shoots down US surveillance drone in Strait of Hormuz 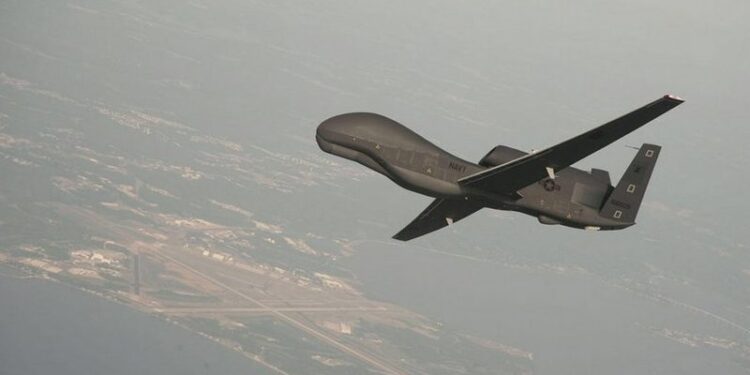 Amid a growing tension between the US and Iran in the light of the two tanker attacks in the Gulf of Oman last week, Iranian forces now have reportedly shut down a US military surveillance drone while flying over the Strait of Hormuz.

While Iran’s Islamic Revolution Guards Corps (IRGC) claimed the aircraft had violated Iranian airspace, the US military insisted the drone had been over international waters at the time.

In this regard, the US condemned the action which it characterized as an “unprovoked attack”. IRGC noted the incident sent a “clear message to America“.

“Iran made a very big mistake!”, President Trump said in a Tweet.

The incident comes at a time of escalating tension between the two countries.

On Thursday, 13 June, the Panamanian flagged tanker ‘Kokuka Courageous’ and the Marshall Islands-flagged tanker ‘Front Altair’, were hit in two subsequent suspected attacks in the Gulf of Oman, which left the one vessel ablaze and both adrift.

The incident further escalated an ongoing tension in the Middle East, only a month after a similar incident in which four tankers in the region were struck.

The US has accused Iran of being behind the attacks in the major strategic waterway for world oil supplies, which caused oil prices to surge by 4%. Iran rejects the allegation.

On Monday, the US defence department said it was deploying 1,000 extra troops to the region in response to “hostile behaviour” by Iranian forces.

It has already sent an aircraft carrier strike group and B-52 bombers.

Tensions were further fueled on Monday when Iran announced its stockpile of low-enriched uranium would next week exceed limits it agreed with world powers under a landmark nuclear deal in 2015, BBC reported.