All crew members are in good health 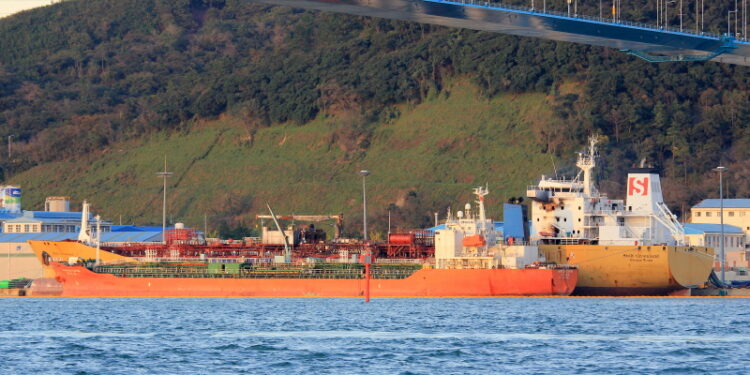 The HANKUK CHEMI and STOLT GROENLAND in 2019 / Credit: Shipspotting

Iran freed the South Korean tanker Hankuk Chemi, over three months after it was seized in Iranian waters over alleged pollution violations.

In an official statement, South Korea’s Foreign Ministry said the Hankuk Chemi was released early Friday Iranian time. The captain and all of the crew members are in good health and the cargo is also safe, the ministry said.

To remind, first reports of a tanker seized in Iranian waters arose on 4 January, which was seen as an attempt by Iran to assert its demands, just two weeks before President-elect Joe Biden took office.

Shortly after, Iran denied accusations that it was using the ship and its crew as hostages but claimed it detained the Hankuk Chemi in the port of Bandar Abbas for polluting the waters with chemicals, while also blaming Seoul for holding Iran’s funds “hostage”. The issue triggered a diplomatic dispute after Iran demanded that South Korea release $7 billion in funds frozen in South Korean banks under US sanctions. The 20-crew of the ship was eventually released in late February.

The Hankuk Chemi’s release comes after South Korea promised to try to secure the release of Iranian funds frozen in South Korean banks under US sanctions, a South Korean official told Reuters. This is linked to US sanctions that Washington reimposed on Tehran in 2018 after then-President Donald Trump withdrew from Iran’s 2015 nuclear deal.

The Iranian Foreign Ministry confirmed the ship’s release following the conclusion of an investigation and at the request of its owner and the South Korean government, noting that the decision to release the captain had taken into account that he had no record of past violations in the region, Saeed Khatibzadeh, a foreign ministry spokesman, was quoted as saying by state news agency IRNA.