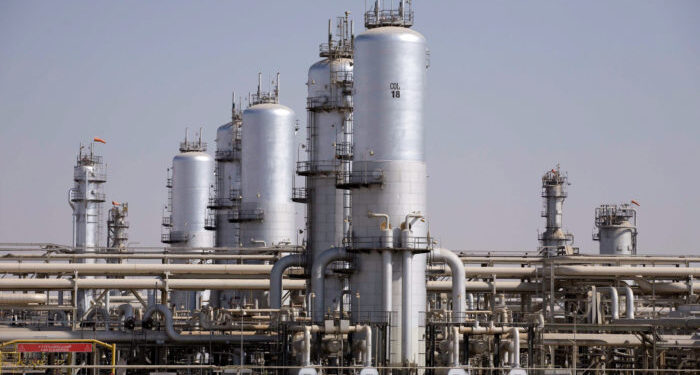 Iran dismissed accusations by the US that it was behind attacks on Saudi Arabia’s oil plants and warned on Sunday that US bases and aircraft carriers in the region were in range of its missiles.

The drone strikes on plants in the heartland of Saudi Arabia’s oil industry, including the world’s biggest petroleum processing facility, were expected to send oil prices up $5-10 per barrel on Monday as tensions rise in the Middle East.

Yemen’s Houthi group claimed responsibility for Saturday’s attacks that knocked out more than half of Saudi oil output or more than 5% of global supply, but US Secretary of State Mike Pompeo said the assault was the work of Iran, a Houthi ally, Reuters reported.

A spokesperson from Iran’s foreign ministry denied the accusation that Tehran was behind the attacks, explaining that “blind accusations and inappropriate comments in a diplomatic context are incomprehensible and meaningless.”

Iraq also rejected the accusations that its territory was used to launch the attacks.

State oil giant Saudi Aramco said the attack cut output by 5.7 million barrels per day, at a time when Aramco is trying to ready itself for what is expected to be the world’s largest share sale.

A source close to the matter told Reuters the return to full oil capacity could take “weeks, not days.”

Traders and analysts said crude may spike to as high as $100 if Riyadh fails to quickly bring back supply.