by The Editorial Team
in Accidents, Security 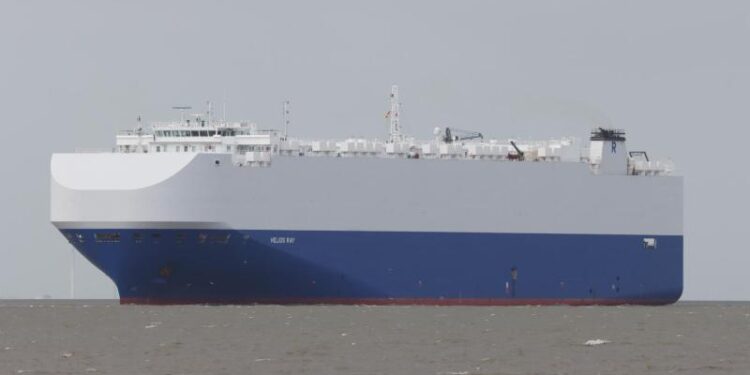 Israeli Prime Minister has blamed Iran for last week’s explosion onboard the Israeli-owned ship Helios Ray, in the Gulf of Oman, an accusation denied by Tehran.

The car carrier was hit by an explosion above the water line in the Gulf of Oman between Thursday night and Friday morning, while en route to Singapore from Dammam, Saudi Arabia. The crew is safe.

While the cause of explosion remains unclear, initial estimates by maritime security firm Dryad Global suggested that the incident could be the result of asymmetric activity by Iranian military.

A US official quoted by Reuters said there were holes in both sides of the ship’s hull. An Israeli official said limpet mines were used.

This was indeed an operation by Iran. That is clear,

We strongly reject this accusation. The security of the Persian Gulf is extremely important for Iran and we will not allow them to spread fear in the region by such accusations,

…said Saeed Khatibzadeh, spokesman for the Foreign Ministry in Tehran, during a news conference.

Tensions have risen in the Gulf region after the US reimposed sanctions on Iran in 2018 as former President Donald Trump withdrew Washington from the 2015 nuclear deal between Iran and major powers.