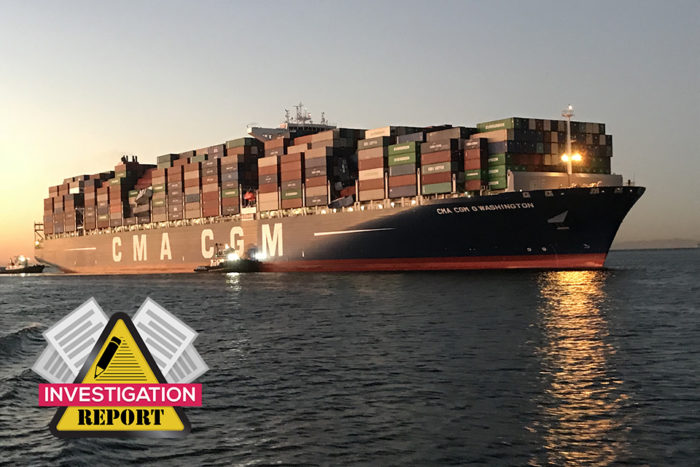 In fact, the UK MAIB recently issued its investigation report for the accident on the then UK-flagged container ship CMA CGM G. Washington while it was experiencing very heavy seas in the North Pacific Ocean during its passage from Xiamen, China to Los Angeles, USA.

UK MAIB informs that it was at 0127 on 20 January 2018 when the then UK fagged container ship CMA CGM G. Washington unexpectedly rolled 20° to starboard, paused for several seconds and then rolled 20° to port.

The ship was experiencing heavy seas in the North Pacific Ocean while on passage from Xiamen, China to Los Angeles, USA.

As the sun rose later that morning, it was discovered that container bays 18, 54 and 58 had collapsed, amounting to 137 containers to be lost overboard and a further 85 to be damaged.

The MAIB investigation concluded that the collapse of all three bays probably occurred during the 20° rolls.

It is said that the amplitude of the rolls exceeded the ship’s estimated roll limits and was almost certainly the consequence of parametric rolling, which had been recorded by the ship’s motion monitoring decision support tool.

The risk of parametric rolling was not identified by the master or his bridge team because they were unaware of the full capabilities of the decision support tool, and therefore were unaware of its predictions.

The investigation identified several factors that would have adversely affected the safety of the container stows on deck, including the reduced structural strength of non-standard 53ft containers; inaccurate container weight declarations; mis-stowed containers as well as loose lashings. 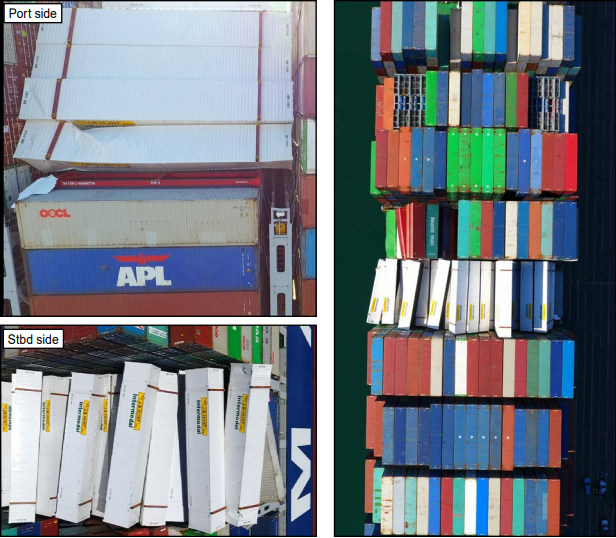 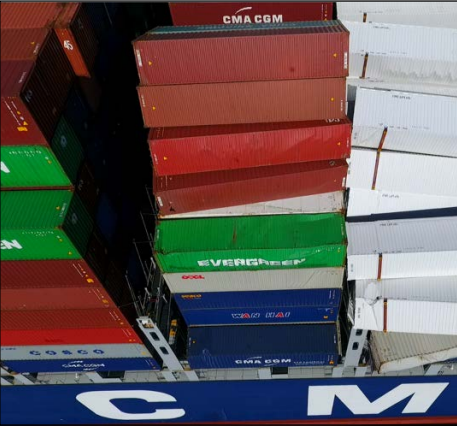 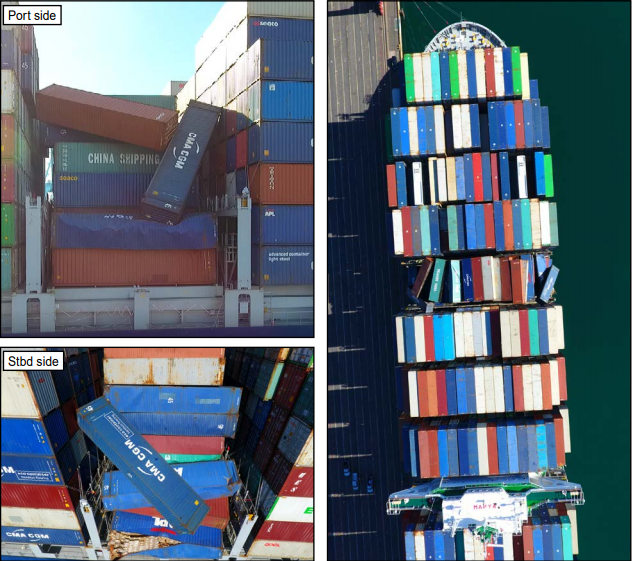 The report now suggests that action has been taken by CMA Ships, together with ABB, the manufacturer of the Octopus decision support tool, with the aim to improve its presentation of ship-handling advice to masters in bad weather.

The training package for operators of this system has also been reviewed.

To find out more about this UK MAIB investigation report, you can click on the PDF bellow. 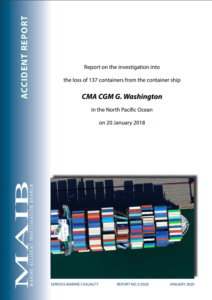