INTERCARGO issued its  Bulk Carrier Casualty report, covering and analyzing bulk carrier casualties from 2008 to 2017. The report revealed that 53 bulk carriers over 10,000 dwt have been identified as total losses over the years 2008 to 2017, with cargo shift and liquefaction remaining a great concern for seamen’s safety.

In 2017, the tragic losses of ‘Stellar Daisy’, carrying an iron ore cargo, and ‘Emerald Star’, with a nickel ore cargo, raised questions of structural integrity and safety condition of high density cargoes carried onboard. These two bulk carrier casualties caused the loss of 32 seafarers, the highest annual loss of lives since 2011.

In 2017, INTERCARGO database recorded 337 bulk carrier incidents, including the 2 casualties of M/V Stellar Daisy and M/V Emerald Star. Serious concerns arose on the safe carriage of ammonium nitrate based fertiliser, following the incident of the high temperatures in the cargo holds and the release of gases from the cargo on the 57,000 dwt supramax MV Cheshire in August 2017.

Bulk carrier owners are confused with the existing individual schedule for Ammonium Nitrate Based Fertilizer (non-hazardous) in the IMSBC Code which covers a wide range of different fertilizers with the safety requirements varying depending on their specific properties, types and compositions. The shipping industry welcomed the issuance of the IMO circular CCC.1/Circ.4 on “Carriage of Ammonium Nitrate Based Fertilizer (non-hazardous)” on 22 Sept 2017; however bulk carrier owners and masters are expecting a prompt legislation process to develop adequate mandatory safety requirements… 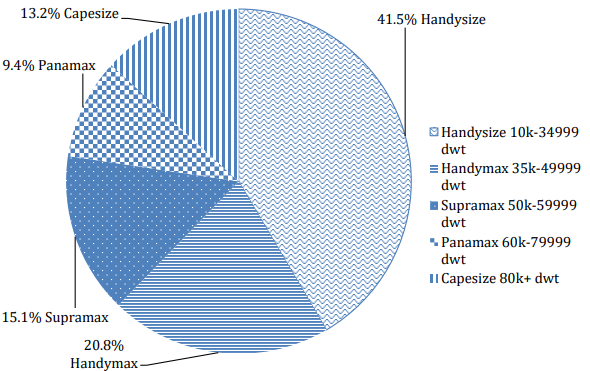 INTERCARGO also stressed the importance of flag States’ timely submission of casualty investigation reports to IMO, as a means for identifying the cause of incidents and enabling corrective actions to be taken. The IMO GISIS database showed by end January 2018 that 29 investigation reports of 53 losses had not been submitted to IMO by their flag States. Some details further highlight the issue of slow reporting:

INTERCARGO stresses the importance of timely submission of the casualty investigation reports to IMO from relevant flag States, as a means of identifying the causes of the incidents and enabling corrective actions.