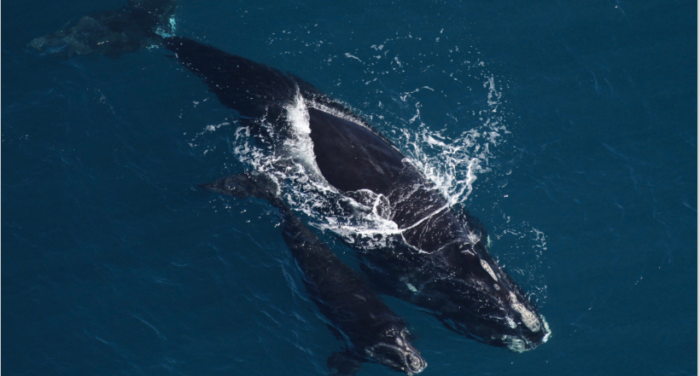 Oceana released a report revealing that a voluntary slowdown measure put in place by Transport Canada this year to protect critically endangered North Atlantic right whales from deadly ship strikes in the Cabot Strait is being largely ignored.

Accordingly, vessels with high speed endanger North Atlantic right whales which are being killed by ship strikes – one of their leading causes of death.

To remind, North Atlantic right whales are one of the most endangered marine mammals on the planet, with only about 400 individuals remaining. Therefore, the Government of Canada has published an infographic in favour of protecting them.

Also, the report highlights the urgent need for a  mandatory slowdown.

Using Global Fishing Watch data, which is a component of the new, innovative tool called Ship Speed Watch, Oceana Canada tracked ship speeds in the Cabot Strait from April 28 to June 15, 2020. During this 49-day period, Transport Canada asked vessels longer than 13 metres to slow down to 10 knots.

Exceptionally few complied, with 67% of the ships (464 out of 697) travelling faster than the 10-knot limit, and some vessels even travelling 20 knots or faster. Studies have found that slowing ship speeds to less than 10 knots in areas where these whales may be encountered can reduce the lethality of collisions by 86%.

Consequently, Oceana Canada calls Transport Canada to upgrade the slowdown zone in the Cabot Strait from voluntary to mandatory, with enhanced monitoring and surveillance of the area to better understand when and where whales are present. 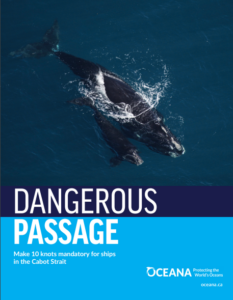