Inmarsat: Tankers made the most distress call between 2019-2020 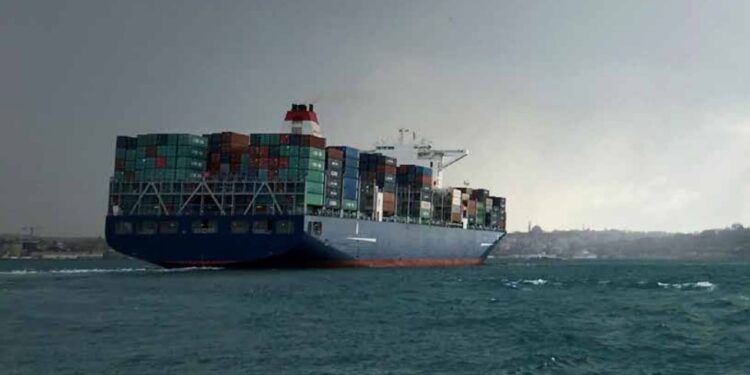 Inmarsat published its ‘The Future of Maritime Safety’ report, showcasing vessel distress call data, and providing insight on how to address areas for concern and develop a vision for the future.

Distress calls were largely consistent with a small rise between 2018-2019 with tankers showing the highest numbers between 2019- 2020.

During this period, fishing vessels which originally held the highest numbers in 2018 dropped to second among incident calls between 2019-2020.

We have reason to believe that a number of the un-identified distress calls could be attributed to fishing vessels, but it remains that tankers are a vessel type that are linked to numerous GMDSS alerts

These tanker distress calls mainly took place from vessels in coastal regions. It may be that location is circumstantial to the incidents in question, as was the case of the engine room explosion and consequent fire aboard the MT New Diamond which occurred in September 2020 off the coast of Sangamankanda, Sri Lanka.

Some of the coastal incidents, particularly those that took place in the Gulf of Oman and off the coast of Yemen, can also be explained by escalating political rivalries and tensions between the U.S. and Iran.

An additional factor to consider during 2020 is the impact of the COVID-19 crisis which saw tankers largely idle around major oil ports and terminals while acting as floating storage.

Although EMSA notes that general cargo ships have the highest percentage of maritime casualties based on their 2019 annual review, this contradicts the number of distress calls recorded during this period.

General cargo ships showed a slight but steady increase from 39 distress calls in 2018 to 54 in 2019 per GMDSS data.

Despite claims of plummeting cargo volumes during 2020 due to the pandemic, Inmarsat recorded 65 distress signals from cargo ships in 2020, suggesting that there remained a fair number in transit.

Arguably, the gap between distress calls made and vessel casualties and incidents suggests that ships experiencing distress may have chosen to use the VHF radio to signal for help if close enough to land.

Geographically, many of these distress calls appear to be clustered around Europe, with a significant number located in the Mediterranean Sea and the Black Sea in particular. A smaller additional cluster is located along the eastern coast of China.

Bulk carriers distress calls have remained largely consistent, increasing only very slightly from 42 alerts in 2018 to 50 in 2020. There is a distinct cluster of distress calls located along the Eastern coastline of China, in the Yellow Sea between China, North Korea and South Korea.

Given this information, unless explicitly addressed by the maritime industry, collisions and distress calls may continue to rise in this region.

GMDSS calls from offshore vessels have risen from 23 received in 2018, to 40 in 2019, and finally to 58 in 2020. Most of these distress calls are clustered around areas involved in the oil and gas industry.

Groupings of distress calls are visible in the Persian Gulf around the borders of Qatar, Kuwait, the U.A.E., Oman and Iran.

Another set of distress signals is grouped near Rio de Janeiro in Brazil, while another group is visible in the North Sea.

Finally, there is a gathering of distress calls near Campeche Bay along the coast of Mexico as well as near Louisiana in the U.S.

In spite of the global Container ship fleet encompassing 5,374 vessels as of January 2021 according to Alphaliner, the number of distress calls for these vessels is relatively low and quite consistent.

It is likely that the fixed routing and comparatively frequent port calls for these vessels gives the crew on these vessels the opportunity to keep pace with maintenance requirements, but it is possible that these vessels also rely on VHF for incident support

Many of the calls in the data set come from the eastern coast of Asia. While these are consistent through all three years of Inmarsat GMDSS data, they are particularly marked in 2020 suggesting that distress signals were
concentrated in this region during the period of the pandemic.

Passenger ships show consistently low numbers in the Inmarsat GMDSS data, ranging from 8 distress calls in 2018 to 7 in 2020. Given the higher visibility of incidents involving public facing sectors of the industry such as passenger ships, these low numbers are likely in response to risk awareness and fear of negative publicity.

Inmarsat GMDSS data indicates that car carriers have a low number of distress calls, showing that although incidents of listing or capsizing may be memorable, there are few incidents reported overall. There were only 6 calls reported in 2018, 9 in 2019, and 7 in 2020.