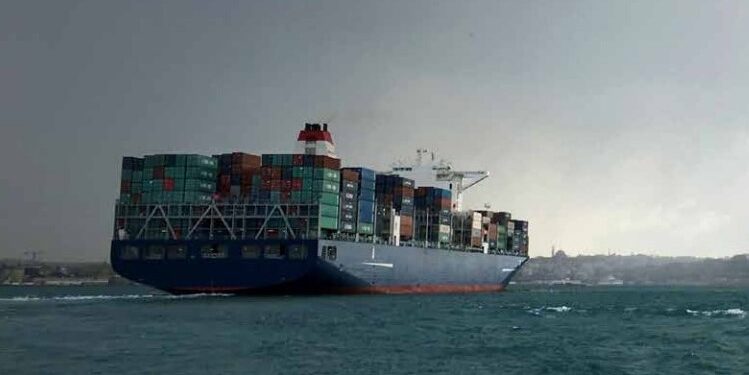 Inmarsat published a new report based on an exclusive analysis of Global Maritime Distress and Safety Services alerts from ships. The report aims to identify weak spots and solutions, allocate resources and measure progress towards enhanced safety.

We believe that the creation of an online anonymised data lake of safety information will allow us to identify weak spots and solutions, allocate resources and measure progress towards enhanced safety. Where safety is concerned, data should be shared to create a level playing field for the entire industry

With the commercial vessel fleet growing by 4.1% in 2019, the report logs 834 distress calls made by Inmarsat GMDSS service users in 2020, compared to 761 in the previous year.

In addition, detailed analysis during the three years shows tankers overtaking fishing vessels to generate the highest number of GMDSS alerts (122 calls in 2020). In fact, the high frequency of alerts from coastal waters is interpreted as relating to the operation of older tonnage.

Fishing distress calls remain frequent, indicating that there is still a lot of work to do in this sector to raise overall safety for fishers and fishing vessels under individual flag state control.

Furthermore, the number of distress calls from bulk carriers and container ships remained largely consistent over the period, although the former witnessed a distinct cluster in the Yellow Sea between China, North Korea and South Korea, while the latter saw a spike in East Asia as Covid-19 unfolded in 2020.

This report establishes significant trends that merit close scrutiny by all stakeholders and offers a powerful example of the potential for analytics and new technology to provide the basis for a data-driven and more proactive safety. Today, a ship’s captain can often be seen as a single point of failure. This is in stark contrast to the ‘Swiss-cheese’ model of risk maritime regulators now accept, and the goal-based and proactive approach that puts rapidly evolving technology at the heart of better supporting the safety of life at sea 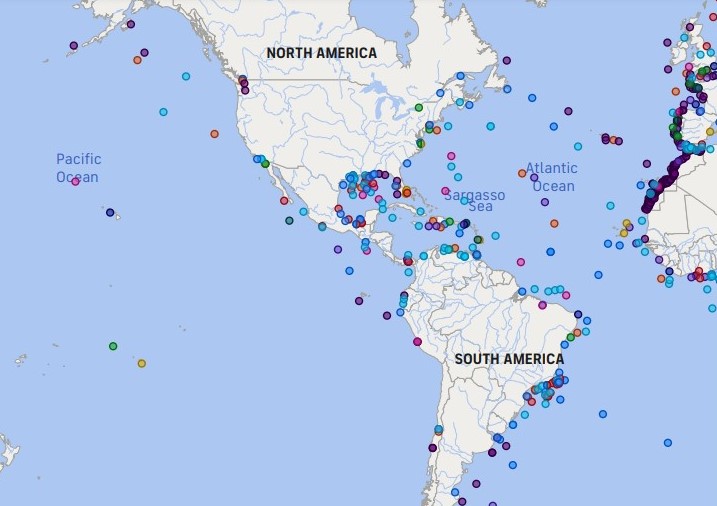 General cargo: Although the European Maritime Safety Agency (EMSA) notes that general cargo ships have the highest percentage of maritime casualties based on their 2019 annual review, this sits in contradiction to the number of distress calls recorded during this period. General cargo ships showed a slight but steady increase from 39 distress calls in 2018 to 54 in 2019 per GMDSS data. Despite claims of plummeting cargo volumes during 2020 due to the pandemic, Inmarsat recorded 65 distress signals from cargo ships in 2020, suggesting that there remained a fair number in transit.

Bulk carriers: Bulk carriers distress calls have remained largely consistent, rising only very slightly from 42 alerts in 2018 to 50 in 2020. There is a distinct cluster of distress calls located along the Eastern coastline of China, in the Yellow Sea between China, North Korea and South Korea.

Offshore vessels: GMDSS calls from offshore vessels have risen from 23 received in 2018, to 40 in 2019, and finally to 58 in 2020. As is expected, most of these distress calls are clustered around areas involved in the oil and gas industry. Groupings of distress calls are visible in the Persian Gulf around the borders of Qatar, Kuwait, the U.A.E., Oman and Iran. Another set of distress signals is grouped near Rio de Janeiro in Brazil, while another group is visible in the North Sea. Finally, there is a gathering of distress calls near Campeche Bay along the coast of Mexico as well as near Louisiana in the U.S.

Container ships: In spite of the global Container ship fleet encompassing 5,374 vessels as of January 2021 according to Alphaliner, the number of distress calls for these vessels is relatively low and quite consistent. Inmarsat data shows 29 calls made in each, 2018 and 2019, with a slight rise to 36 in 2020. It is likely that the fixed routing and comparatively frequent port calls for these vessels gives the crew on these vessels the opportunity to keep pace with maintenance requirements, but it is possible that these vessels also rely on VHF for incident support.

Gas carriers: Gas carriers have a relatively positive safety record, and are a vessel type subject to stringent regulation and carrier requirements due to the hazardous nature of the cargo. Inmarsat data shows incidents primarily reported fairly close to coastal regions, particularly in the Gulf of Mexico, the Strait of Malacca and the South China Sea bordering Indonesia, Vietnam, Malaysia, and the Philippines. The number of recorded distress calls from vessels rose from 11 made in 2018, to 13 made in 2019, and finally to 21 made in 2020.

Passenger ships and leisure crafts: Passenger ships show consistently low numbers in the Inmarsat GMDSS data, ranging from 8 distress calls in 2018 to 7 in 2020. Given the higher visibility of incidents involving publicfacing sectors of the industry such as passenger ships, these low numbers are likely in response to risk awareness and fear of negative publicity.

Car carriers: Inmarsat GMDSS data indicates that car carriers have a low number of distress calls, showing that although incidents of listing or capsizing may be memorable, there are few incidents reported overall. There were only 6 calls reported in 2018, 9 in 2019, and 7 in 2020.

In 2019 there was an extended rise in distress alerts between August and November which is likely to have been caused by the large number of extreme weather events that took place that year. Notably, the Arabian Sea saw five tropical cyclones through 2019, while the Bay of Bengal saw three major tropical cyclones, largely within this period.

The extreme weather events noted here are just a small selection of those recorded around the globe in this period, and it is concerning that scientists have predicted that the frequency of such events is likely to increase. While some vessels may receive adequate warning that allows them to prepare, it is possible that in extreme weather conditions these preparations may or may not be adequate to the conditions at hand. The lessons learned from the total loss of the ro-ro El Faro in October 2015 must not be forgotten.

Morocco accounts for the highest number of distress calls, which can be attributed to the large number of fishing vessels on the Flag’s registry. Given the size of Panama’s fleet numbers, it follows that this flag would have the second highest number of recorded calls in Inmarsat’s GMDSS data. These range from 47 in 2018 (measured against a total flagged fleet of 8,247 vessels as per data from Lloyd’s List), 55 in 2019 (of a fleet of 9,367 vessels) and 57 in 2020 (of a fleet of 9,596 vessels).

EXPLORE MORE IN THE FUTURE OF MARITIME SAFETY