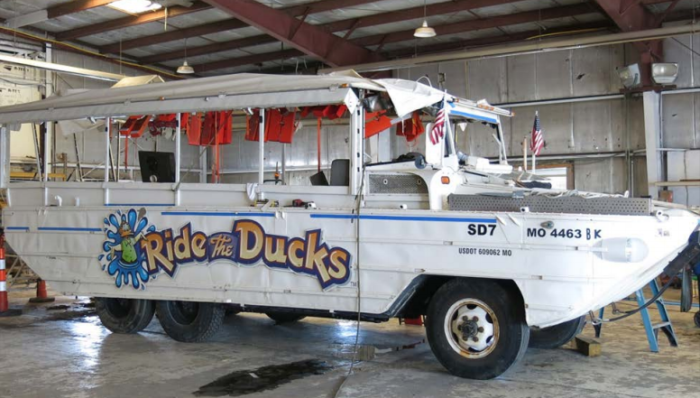 The National Transportation Safety Board recently presented its preliminary findings concerning the sinking of the DUKW amphibious passenger boat, "Stretch Duck 7". In fact, NTSB held a virtual meeting on 28 April in which discussed the matter at hand.

Of the 31 persons that were onboard, there were reported 17 fatalities. As the NTSB reported, the vessel's operator, Ride the Ducks of Branson continued to operate waterborne tours although a severe thunderstorm warning had been issued.

Due to the strong weather conditions, the manager-on-duty advised the captain, prior to departing, to complete the lake portion of the tour before the land tour, which normally occurred first.

In light of the situation, the Stretch Duck 7 entered the water with strong winds and waves reportedly 3- to 5-feet high, with the highest wind gust recorded at 73 mph. Yet, the vessel during its effort to reach land, took on water and sank approximately 250 feet away from the exit ramp.

Following the vessel's sink, several first responders, along with the crewmembers and passengers aboard a paddlewheeler moored nearby and managed to rescue 14 passengers, 7 of whom were transported to a local hospital.