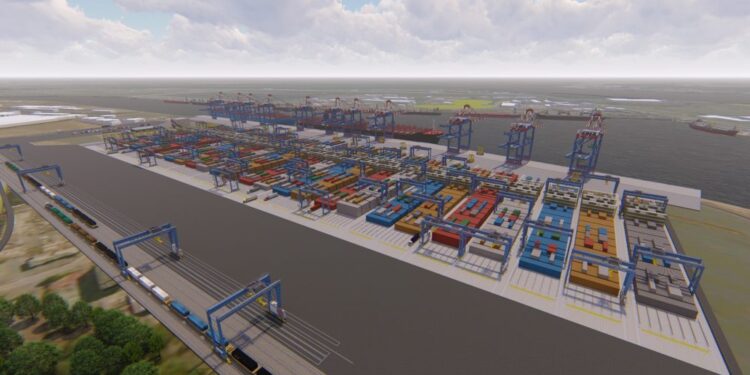 Infrastructure Australia, the country’s independent infrastructure adviser, stressed the need for “a network of deep water ports” along the East Coast to accommodate large ships that are currently unable to visit due to port constraints, marking the issue as a “priority initiative”.

This announcement should come as “music to the ears of internationally-trading businesses across the country“, according to Port of Newcastle CEO Craig Carmody.

Mr Carmody said Infrastructure Australia had correctly identified a major deficiency in the country’s preparedness for ever-larger ships, noting problems on both the wharfside and the landside.

The data is clear – shipping lines around the world have stopped building the ships that Australia’s ports are designed to accommodate,

However, it is also critical, he noted, to examine the constraints to existing road and rail infrastructure in handling the nation’s current and future trade volumes.

The world has moved on – ports overseas are now handling ships of more than 20,000 TEU at a time when Australia’s ports celebrate inefficiently accommodating a ship less than half that size, in some cases having to turn the ship around at the berth to reach containers stacked on the opposite side. For a nation that moves 98% of its international trade by sea, being unresponsive to these global trends leaves Australia’s competitiveness and consumers disproportionately exposed.

Infrastructure Australia is set to examine the issue, including understanding the challenge of channel deepening at existing ports, development of new port locations and enhanced landside access infrastructure at ports.

In addition, it flagged the need to examine the option of developing “a container port facility that can accommodate the largest ships as a transshipment port for other destinations within Australia.

Meanwhile, the news come as the Port of Newcastle revealed plans to build a new 2 million TEU container terminal, subject to the removal of a $100 per TEU penalty that currently applies.

We need to get on with building this infrastructure to ensure Australia does not remain caught in an international competitiveness time-warp and so the Hunter region and its port can diversify.