Above image is used for illustration purposes only / Credit: Simon Ager/Sea Shepherd

In its annual Safety and Shipping Review released this week, Allianz provided a statistics review of shipping incidents by year, by vessel type, by cause and by region, for the last decade (2009-2018). The report revealed that the number of total shipping losses have fallen significantly to 46, representing the lowest total this century. 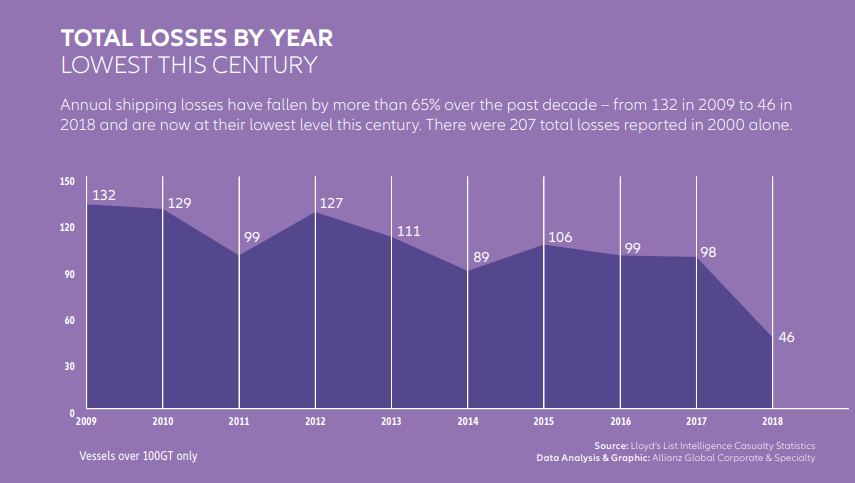 Total losses by type of vessel 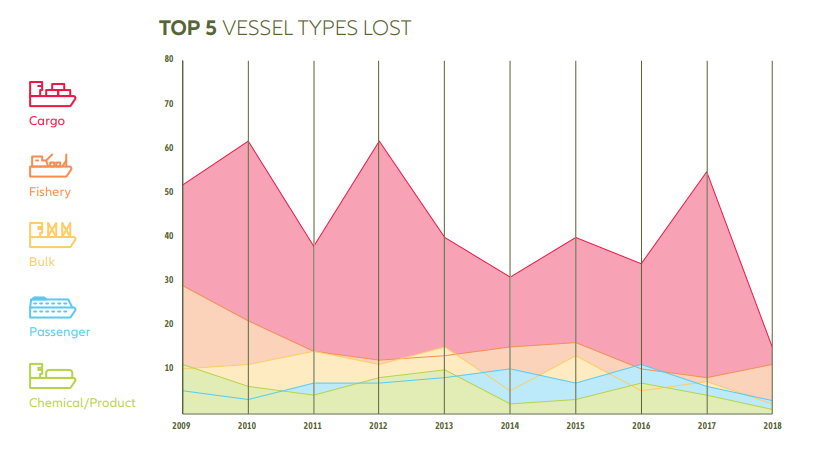 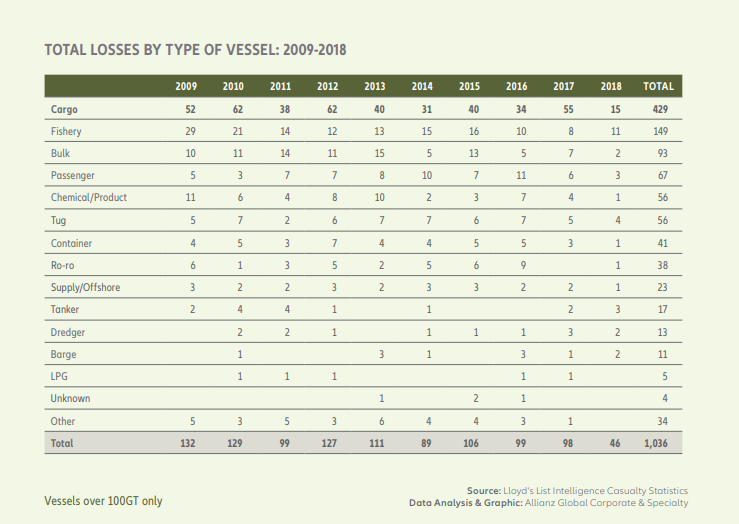 Total losses by cause 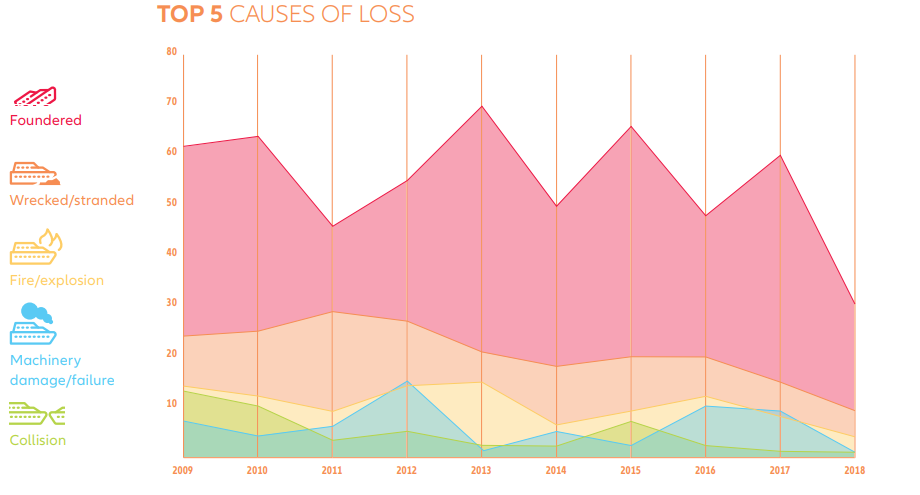 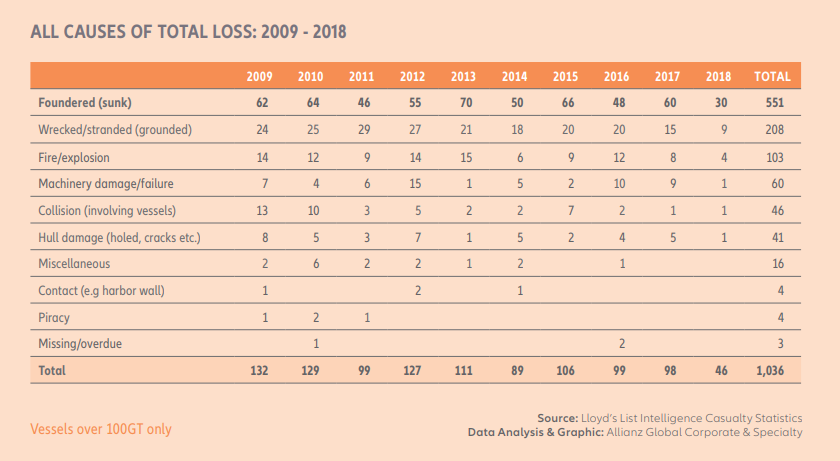 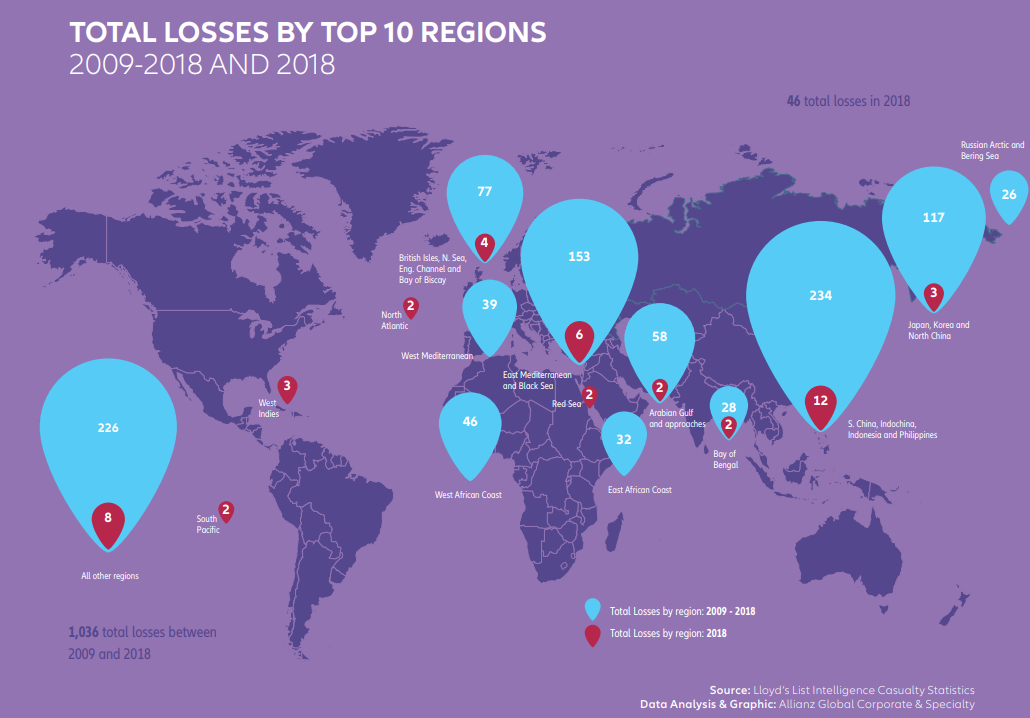