Singapore’s Information Fusion Centre (IFC) published its latest infographic, providing an overview of incidents against ships in the Singapore Strait as of 4 August 2021. The update informs of two new incidents in the region since the last infographic on 2 July.

All two incidents occurred in the eastbound lane of the Traffic Separation Scheme in the Singapore Strait. To date, IFC has reported a total of 22 incidents in the region in 2021, which is higher compared to 2020 with 19 incidents and to 2019 with 11 incidents over the same period. 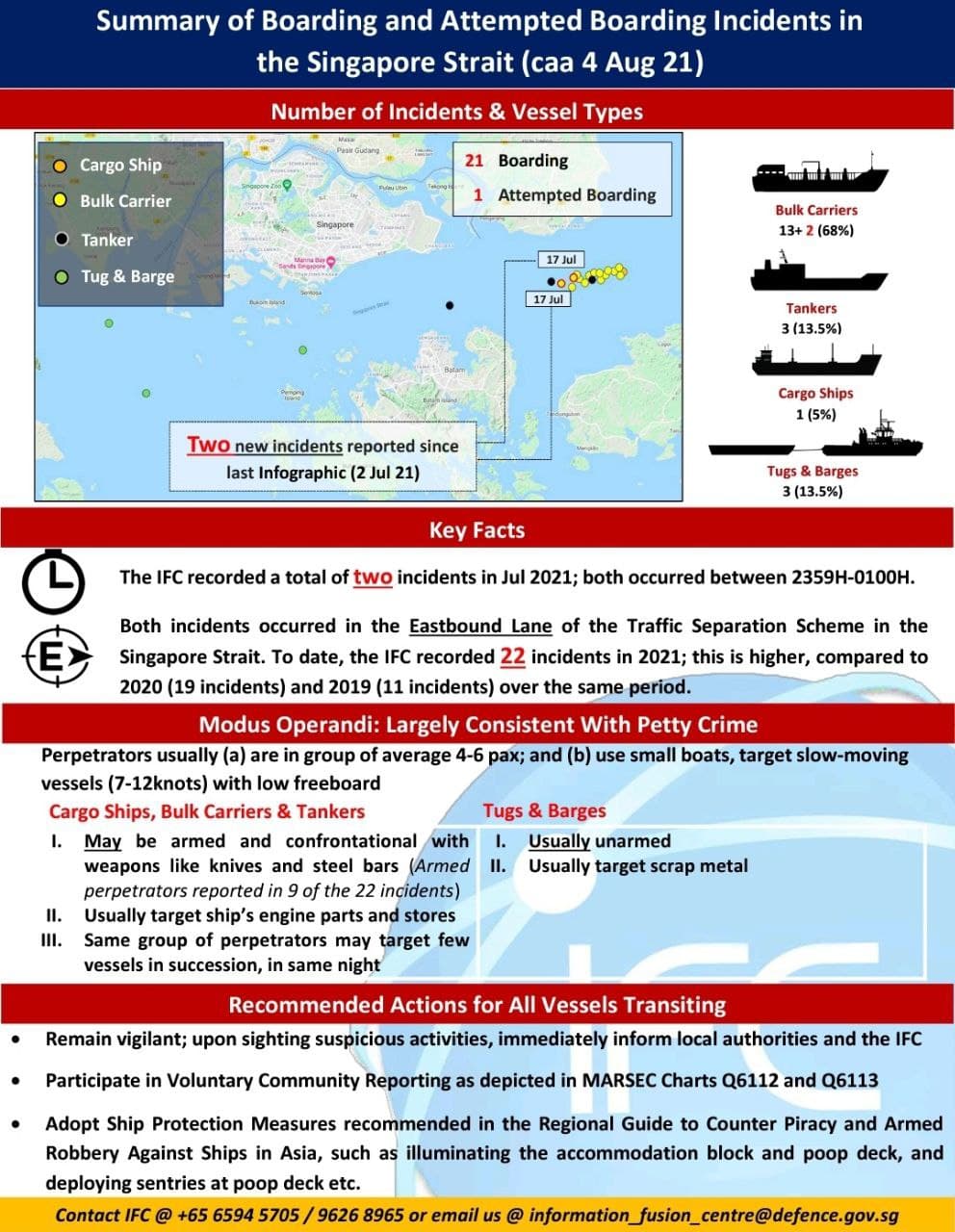