Infographic: IMO praises 2019 as year of action in favor of women in shipping

The International Maritime Organization (IMO) praises 2019 as a year of action reminiscing its achievements throughout the year and highlighting the importance of preserving the 2019 World Maritime Theme supporting women in shipping and taking out the barriers towards diversity and gender equality. 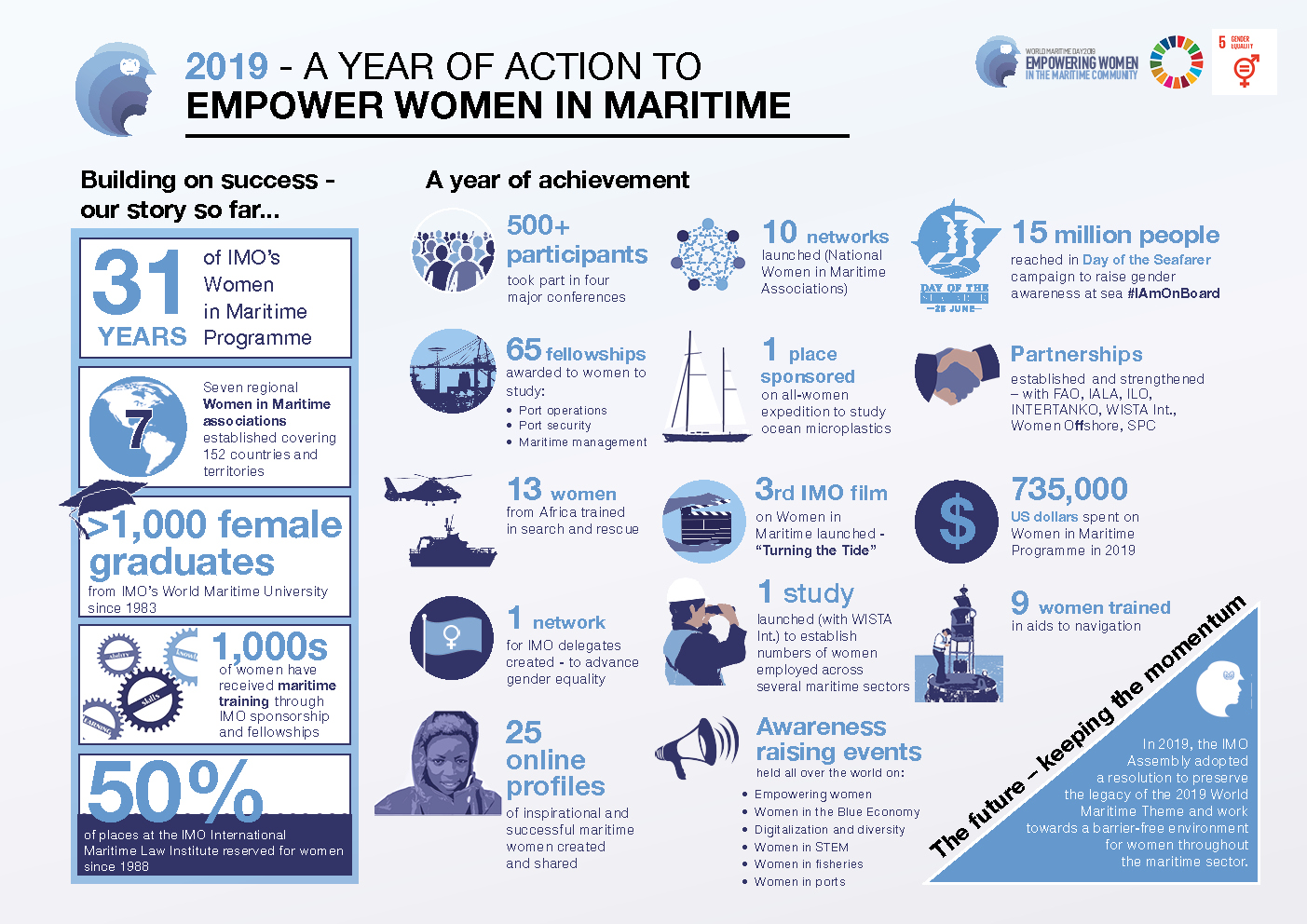 Also, at the 120th session of its Council meeting in London, IMO selected the "Empowering Women in the Maritime Community" as the World Maritime Day theme for 2019, in an effort to raise awareness of the importance of gender equality, in line with the United Nations' Sustainable Development Goals (SDGs).

So far, the IMO has established 7 regional Women in Maritime Associations, covering 152 countries and territories.

Also, the Organization has seen 1,000 female graduates from IMO’s World Maritime University since 1983, while 1,000s of women have received maritime training through IMO sponsorship and fellowships.

2019 was marked by some major achievements for #WomenInMaritime as illustrated here in our new infographic. Let's keep the momentum going and make 2020 another year of milestones for gender equality. #SDG5