Singapore’s Information Fusion Centre (IFC) published its latest infographic, providing an overview of incidents against ships in the Singapore Strait as of 1 July 2021. The update informs of five new incidents in the region since the last infographic on 31 May.

All five incidents occurred in hours of darkness in the eastbound lane of the Traffic Separation Scheme in the Singapore Strait. To date, IFC has reported a total of 20 incidents in the region in 2021, which is higher compared to 2020 with 16 incidents and to 2019 with 7 incidents over the same period. 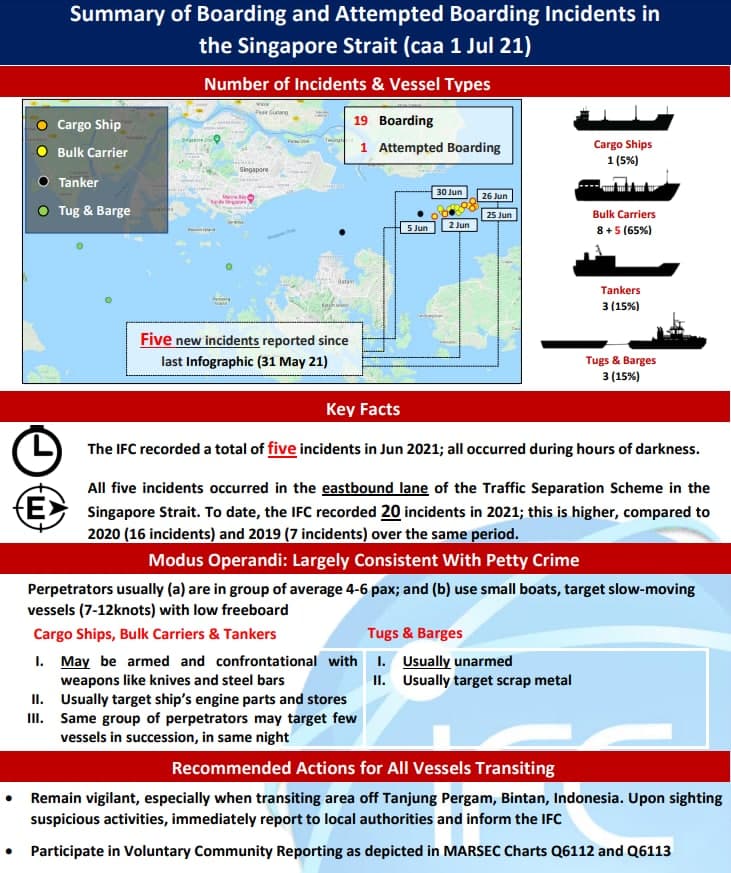 Earlier this week, ReCAAP ISC issued a special warning to shipping informing of these five incidents in the region which occurred to close proximity to each other and urged the littoral States to increase patrols and enforcement in their respective waters, particularly in the waters off Tanjung Pergam; as well as to strengthen coordination among the littoral States in information sharing on the latest situation, and the criminal groups involved, in order to make arrests of the perpetrators.