The European maritime single window environment, which was agreed in early February 2019, aims to address the issue of numerous, non-harmonised reporting obligations by linking the existing national maritime single windows together in a coordinated and harmonised way. The reform will improve interoperability between various systems, making it much easier to share and reuse data.

In light of the European maritime single window, EMSA published an inforgraphic to further explain how the EMSW works; 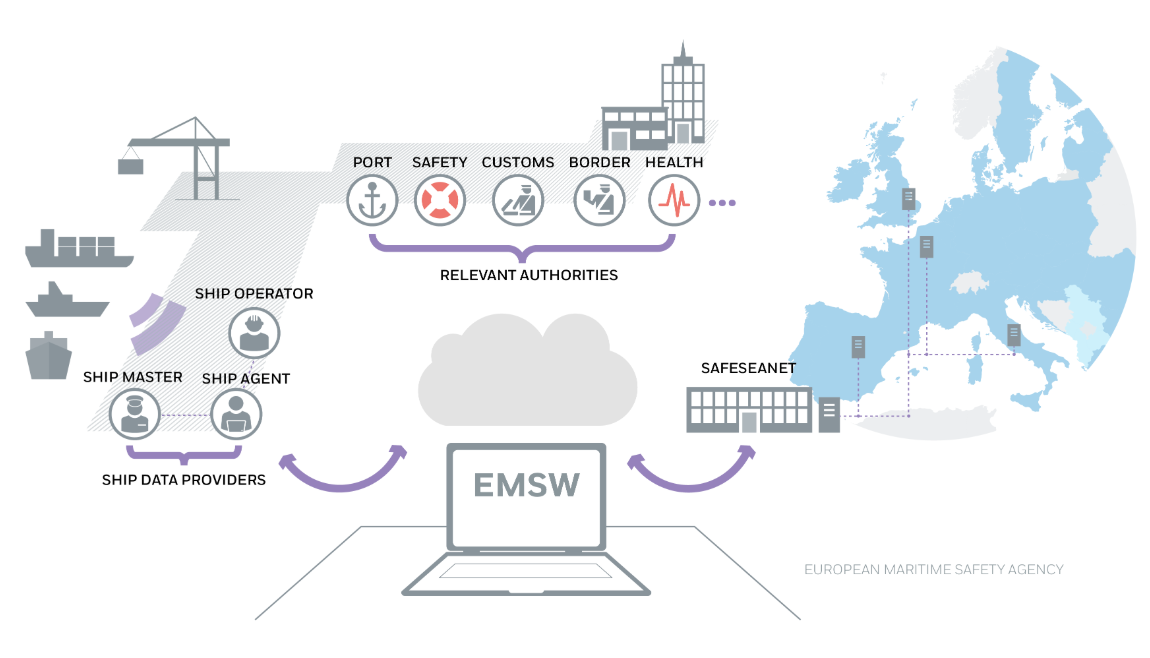 Specifically, the EMSW prototype is the place where all information, including the eManifest, is reported and made available to various competent authorities in the different participating Member States.

The Maritime single window covers the information flows between: