Above image is used for illustration purposes only / Credit: Shutterstock / Andrey Polivanov

Information Fusion Centre (IFC) issued its latest infographic, providing a summary of incidents against ships in the Singapore Strait as 7 December 2021.

According to the infographic below, there were a total of 6 incidents that happened in the month of November, with all incidents involving bulk carriers and tankers between 0001H-0400H. 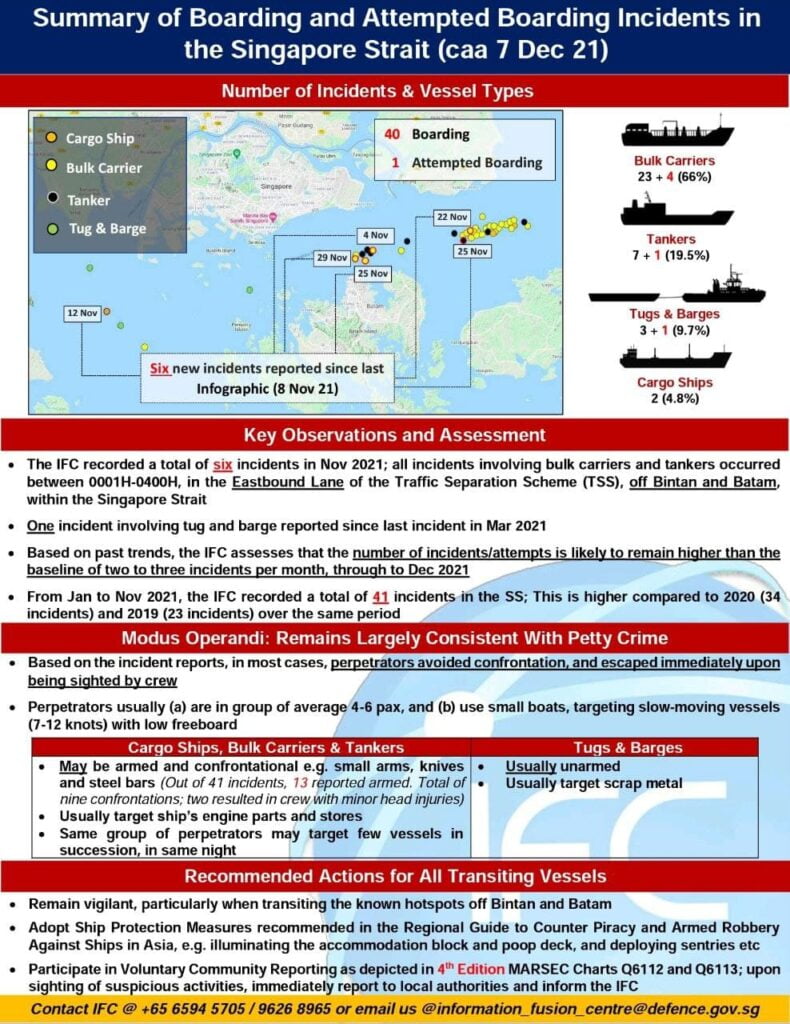 Based on past trends, IFC assesses that the number of incidents/attempts is likely to remain higher than the baseline of two to three incidents per month, through to December 2021.