Infographic: 2019 was a record year on LNG supply growth

Oil major, Shell, launched its LNG Outlook for 2020, presenting the trends of 2019 concerning the liquefied natural gas demand and growth, highlighting that the year that passed was a record-year of LNG supply growth.

In the infographic below, Shell notes that by 2040 80% of global energy demand growth to be met by renewables and gas, while 60% of increased gas demand from nonpower sectors.

Also, in 2019 China and India remained at the top of using coal and other solid fuels in homes and businesses, while announcements were made to phase out 64 gigawatts of coal-fired power generation.

Global CO2 savings from coal-to-gas switching since 2010 equivalent to 57% of annual CO2 emissions in South America.

In addition, European LNG imports rose by 74% due to lower domestic production and lower pipeline imports and increased coal-to-gas switching with more storage.

Concluding, China was among the top three growth countries importing 62 mtpa, while also surpassed Japan in 2018 as the largest importer of natural gas. 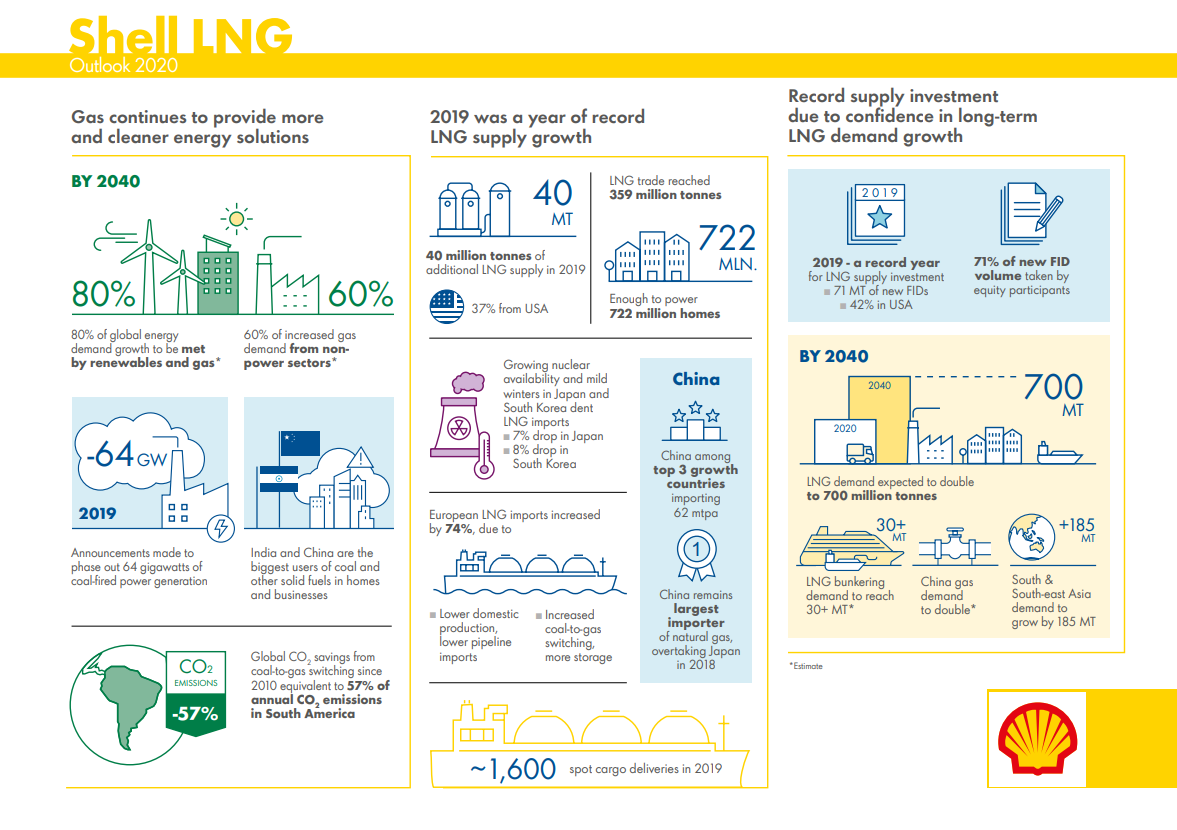