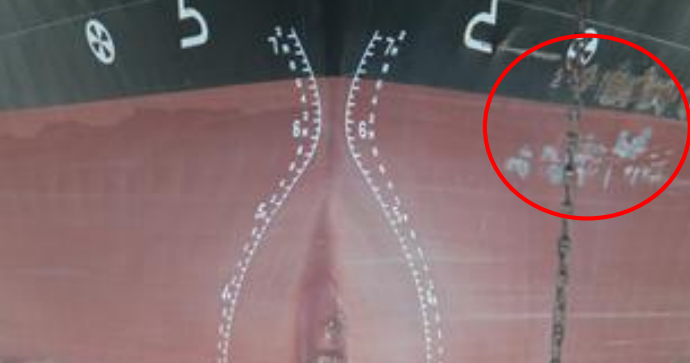 Transport Malta's MSIU issued an investigation report on the collision and subsequent foundering of the fishing vessel 'Mohammed Badry' off Tunisia in July 2018 that killed one fisherman. The report stresses that the attention of the bridge look-outs on both vessels was likely directed elsewhere.

On 25 July 2018, the Malta registered bulk carrier 'Shark' was underway on an Easterly course heading for the port of Ravenna, Italy. The autopilot was set on a course of 089°.

At around 0030, the OS sighted four small vessels on the port side, each of them showing a bright white light. Suspecting that they were fishing vessels, he informed the OOW.

At 0055, the OOW started making changes to the course, about five degrees to starboard, to pass clear of the boats. A few minutes later, he returned the vessel’s heading back on 089°.

Soon after plotting Shark’s position on the paper chart at 0100, the OOW and his OS reported that they saw a fishing vessel, reflected by the light of the full-moon on the port bow, with no navigation lights.

The second mate swiftly changed the steering to manual and set the helm hard over to starboard. He also instructed the OS to run over to the port bridge wing to check whether the collision had been avoided.

Although the vessel had turned and reached a heading of 120.5°, her course over ground was 090°.

At 0105, Shark collided with the Algerian fishing vessel Mohamed Badry, 22 nm Southwest of Ile de la Galite, off the coast of Tunisia.

As a result of the collision, the fishing vessel foundered and one of the fishermen tragically lost his life.

During the course of the safety investigation, the company: 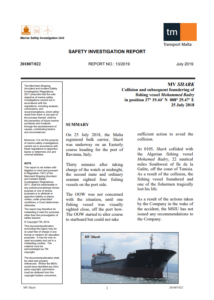