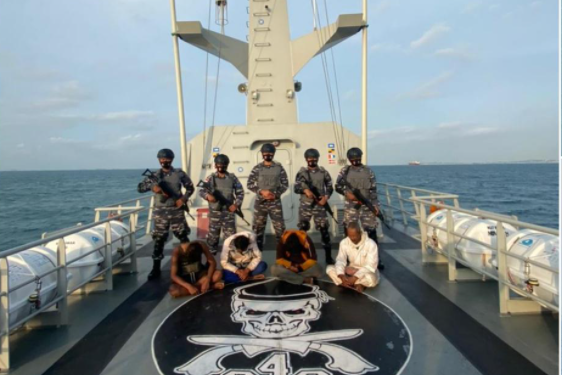 Five people were arrested by the Indonesian Navy patrol on February 21, following a sea robbery attempt onboard the Malaysian-flagged barge “Linau-133” in Karang Banteng Waters off Singapore Strait.

According to the Indonesian Navy, commander of the Koarmada I Marine Security Group said, KRI Siwar-646 commanded by Mayor Laut (P) Anugerah saw two boats docked at TK Linau 133 and three people riding on the barge.

“On 21 February at 12.35 WIB in the Singapore Strait around the Karang Banteng flare, KRI Siwar-646 secured the five suspected perpetrators of the theft of the TK Linau 133 barge, pulled by the Malaysian flag tugboat TB Danum 50, which was sailing from Kelang to Serawak Malaysia”.

What is more, the suspects did not have identification, while they were brought to the base at Batam for further investigation.

Overall, speaking of piracy incidents, speakers at the 2021 SAFETY4SEA Talk on security, discussed about key anti-piracy measures and the security challenges for the operators.