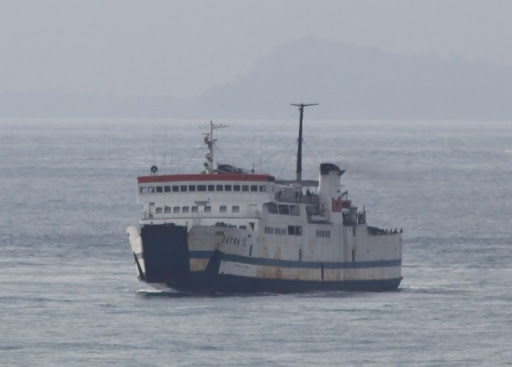 The Indonesian RoRo ferry JATRA I capsized at pier at the port of Kupang, amid severe weather caused by Cyclone Seroja, on 5 April.

While berthed at Kupang, the 1980-built ship was caught in heavy weather, sustaining a hull breach and subsequent water ingress. Shortly after, the ferry developed a portside list, local media reported.

There were no injuries as passenger operations had already been suspended amid development of the cyclone, and all of the 31 people onboard had already disembarked.