India’s energy consumption not reaching that of China, US through 2040 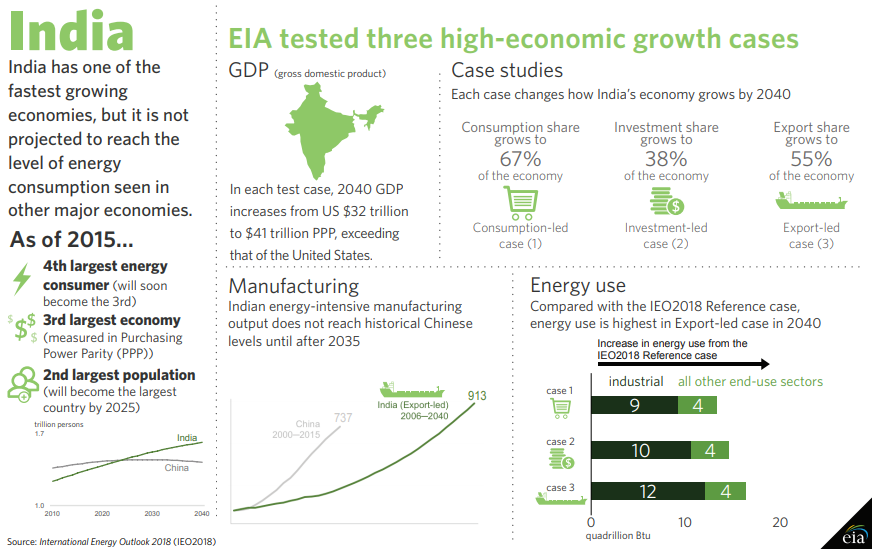 In its recently-published International Energy Outlook for 2018, EIA forecasts that India’s energy consumption is projected to grow faster than the rest of the world through 2040, along with China’s and Africa’s. India is projected to be the most populated country with the fastest-growing economy in the world under all three India side cases. However, Indian energy consumption levels do not reach those in China or the US in the next two decades in any of India’s side cases.

EIA has namely released three different reports in its International Energy Outlook 2018 (IEO2018) discussing the energy implications of potential changes in three of the most populated parts of the world: China, India and Africa.

–> In 2015, India had the third-largest economy, the second-largest population, and the fourth-largest level of energy consumption

–> High economic growth cases for India include increases in different components of GDP either consumption, investment, or export shares