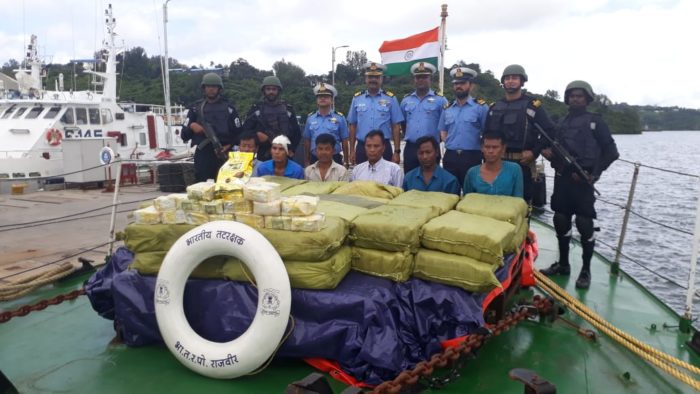 On 19 September, the Indian Coast Guard seized a huge cache of ketamine drug worth Rs. 300 crore (=USD 40 million) onboard a Myanmarese ship, the agency informed on Saturday.

During a coordinated sea-air operation Thursday, the Coast Guard detected a suspicious vessel within Indian waters, off the Car Nicobar islands.

The Indian Coast Guard cutter Rajveer was tasked with intercepting the boat and investigating.

The vessel tried to evade, despite Coast Guard orders to halt, but it was eventually forced to stop and boarded by the Coast Guard personnel, who found 57 suspicious gunny bundles containing suspicious substance onboard.

The gunny bags were then transferred to Rajveer, which apprehended the suspicious vessel, local media report.

In a joint investigation by the Narcotics Control Bureau and the local police, it was revealed that suspicious substance was ketamine.

There were also 1,160 packets of 1 kg each worth Rs. 300 crore in the international market.