India: The benefits of shipping route with Bangladesh

India's Minister of State for Shipping Shri Pon Radhakrishnan shared the benefits of sending trucks through sea routes, as the country has been exploring new avenues for promotion of shipping, commerce and trade through coastal shipping.

As per the Agreement, sea transport from India to Bangladesh is treated as coastal movement, making it eligible for 40% concession on vessel-related and cargo related charges. 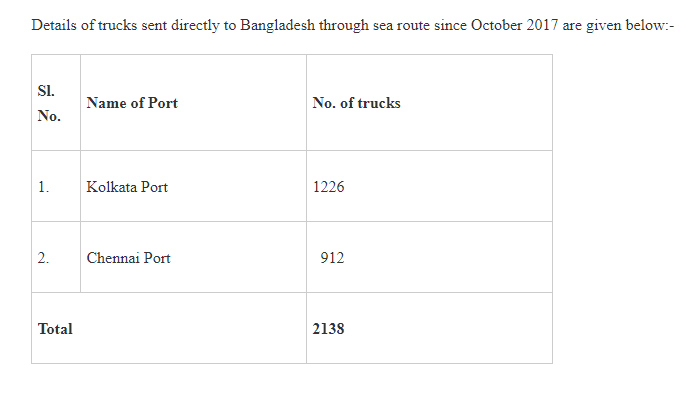 Apart from above, Haldia Dock Complex under Kolkata Port Trust has been declared as a Transshipment Port for containerised cargo originating from/destined to Bangladesh to attract more cargo movement through sea-route.

According to the Indian Minister, benefits of the coastal movement include:

In a bid to further enhance trade, an agreement on the use of Chittagong and Mongla Ports in Bangladesh for movement of goods to and from India was signed between the two countries in October 2018.