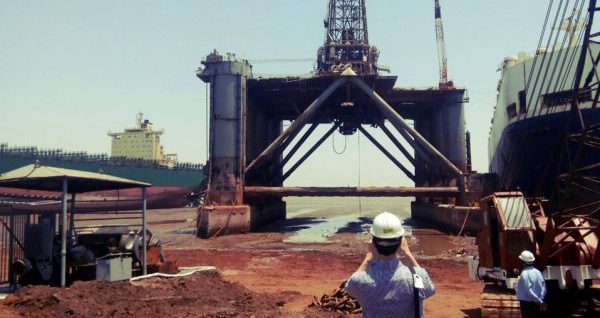 India has recently drafted a legislation, which aims to safeguard labour safety and environmental protection from shipbreaking. India along with Bangladesh, are the two countries dismantling most of the discarded ships.

The regulation complies with the Hong Kong convention, which was adopted by IMO in 2009, and have been ratified by Norway, Congo, France, Belgium, Panama and Denmark.

In particular, Alang in Bhavnagar district, Gujarat, is considered the world’s largest shipbreaking facility. In there almost 50 companies are operating, employing roughly 40,000 workers.

Although, no reliable records exist regarding accident deaths, some workers were cited as saying that deaths are happening.

Moreover, India has dismantled 300 vessels in 2016, Bangladesh 220, Pakistan 140 and China 70. However, as far as gross tonnage is concerned, Bangladesh leads the way, having dismantled over nine million tonnes, local media reported.

In Europe ‘beaching’ is banned, while the Hong Kong convention urges for cleaner beaching practices. Greece and Germany are the countries outsourcing the most vessels to be beached.

Finally, sources say that Alang's situation has been improved, as big companies try to clean the shipbreaking industry. Albeit these efforts, the reduction of toxic and hazardous practices is crucial.

Last week, trade unions in Bangladesh and the Platform’s member Bangladesh Institute for Labour Studies (BILS), were reported as concerned regarding the PHP Family (Peace Happiness and Prosperity) shipbreaking yard receiving Statement of Compliance with the Hong Kong Convention.