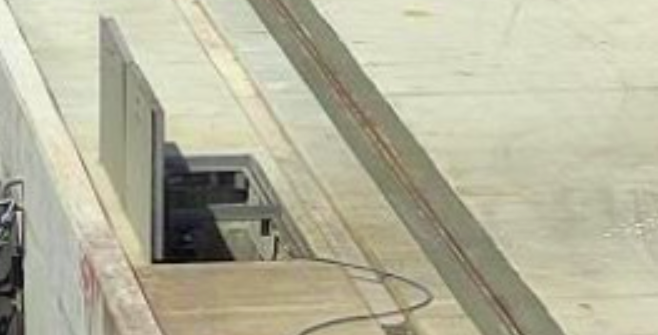 As part of its Safety Flashes, IMCA provides lessons learned from three incidents relating to hatches and doors onboard. The first two incidents are findings from a tour of the engine room on a management inspection of a vessel and the third is an example of proper exercise of the “Stop Work Authority”.

A fire door in the engine room was observed to be wired open – it was being kept open with a piece of wire. Investigation highlighted:

IMCA notes that the deeper question as to why the door was wired open, is not dealt with here. Was it for convenience? Was it that the engine room was overheating?

Fire doors should be kept shut because they need to be closed in order to prevent the spread of fire and smoke. Propping or wedging them open compromises the safety of the vessel crew, putting them at serious risk, should a fire occur.

A vessel watertight door was found left open when the vessel was at sea. Watertight doors are there to prevent the ingress of water from one compartment to other during flooding or other accidents and act as a safety barrier. It is a requirement of SOLAS (section B4, regulation 22) that watertight doors shall be kept closed during navigation, except under certain conditions not met here.

This company has its own requirement also, that all watertight doors, scuttles, and fittings below the main deck shall remain closed at all times except when actually in use. A further check revealed no justification for keeping the door open.

The investigation found that persons nearby were not aware of SOLAS or company management requirements.

Ensure everyone understands the basics of why fire doors and watertight doors should be kept closed.

#3: Hatch left open on the quay

Two open hatches on the wharf in close vicinity to the vessel were observed and reported by vessel crew members. There were no barricades or safety signs installed, despite the potential fall hazard inside from 2 m height. Following this intervention, the hatches were closed and locked by wharf service personnel.

The investigation highlighted that a successful intervention prevented a potential accident. The crew challenged an unsafe condition, although it was not directly related to the vessel. This is an excellent example of proactive application of the principle of “Stop the job”.

Remember that everyone has the authority – and the duty – to stop the job if work is taking place that is clearly unsafe.