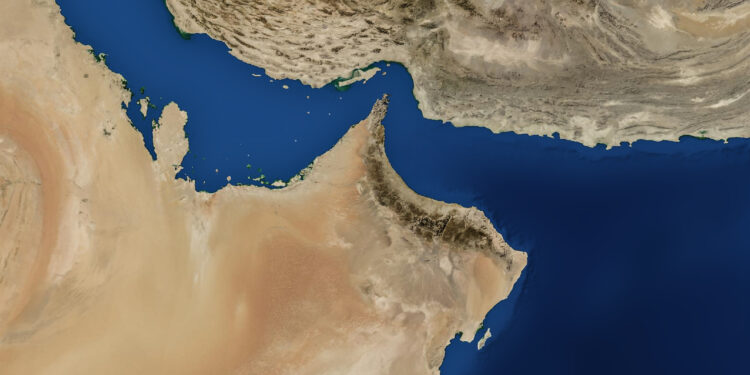 In the March edition of ‘The SENTINEL Watch’, the International Maritime Security Construct provides the merchant shipping industry with an update on maritime security incidents within the Middle East Region. Of concern last month was the explosion onboard the MV Helios Ray in the Gulf of Oman.

At approximately 2040 UTC of 25 February 2021, Bahamas-flagged vehicle carrier MV HELIOS RAY sustained an external hull explosion in the Gulf of Oman approximately 44 NM north of Muscat, Oman. The crew was unharmed, however, the vessel sustained two 1-1.5 meter holes in its port side and two holes in its starboard side just above the waterline.

The cause of the HELIOS RAY explosion is under investigation, but analysts speculate the damage is consistent with limpet mines based on the similarity to the damage suffered by MV KOKUKA COURAGEOUS during an Iranian limpet mine attack in June 2019. Of note, MV HELIOS RAY’s ship manager and ship owner have address locations in Israel.

Due to this explosion and the seizure of M/T HANKUK CHEMI in January 2021, the threat within the Arabian Gulf and Gulf of Oman remains unchanged at LOW-MODERATE for IMSC flagged vessels. See UKMTO ADVISORY NOTICE 002/FEB/2021.

Meanwhile, the threat within the Red Sea and Bab-el-Mandeb Strait (BAM) also remains unchanged for IMSC flagged vessels at LOW-MODERATE based on significant Houthi-Saudi Arabia kinetic engagements largely outside of the maritime environment, with the higher evaluation being for areas within 100nm of the Yemen coast or outside the Traffic Separation Scheme.

Within this MODERATE Yemen threat zone, the main risk is criminal in nature as well as mis-calculation by local Houthi elements.

Masters are encouraged to report incidents to IMSC via UKMTO. Ship Owners, Operators, and Masters are advised to follow guidance in accordance with BMP 5 and national authorities and review the guidance and responses contained within the IMSC Bridge Cards.

EXPLORE MORE ON THE SENTINEL WATCH