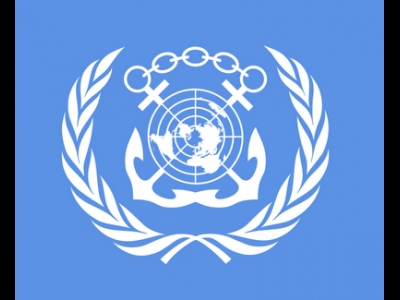 Piracy high on the Agenda

Piracy and armed robbery against ships off the coast of Somalia and in the Gulf of Aden and the wider Indian Ocean will be high on the agenda when IMO’s Maritime Safety Committee (MSC) meets at the Organization’s London Headquarters for its 89th session from 11 to 20 May 2011.

The busy agenda also includes adoption of amendments, concerning lifeboat release hooks, to the International Convention for the Safety of Life at Sea (SOLAS) and work related to the implementation of the Torremolinos Protocol on fishing vessel safety, as well as goal-based standards for vessel construction and the long-range identification and tracking of ships. The MSC will also consider the approval of a number of draft resolutions for submission to the IMO Assembly, to be held in late 2011.

Piracy and armed robbery against ships to be discussed

The MSC is expected to discuss the development of guidance on the employment of private, armed security service providers on board ships; measures to improve compliance with the Best Management Practices to Deter Piracy off the Coast of Somalia and in the Arabian Sea area; and proposed guidelines to assist in the collection of evidence after a hijack.

The number of acts of piracy and armed robbery against ships reported to the Organization and which occurred in 2010 was 489, against 406 during the previous year, representing an increase of 20.4% from the figure for 2009.

The areas most affected (i.e. five incidents reported or more) in 2010 were East Africa and the Indian Ocean followed by the Far East and, in particular, the South China Sea, West Africa, South America and the Caribbean.

The MSC will be invited to consider, for adoption, a proposed new paragraph 5 of SOLAS regulation III/1 which would require lifeboat on-load release mechanisms not complying with new International Life-Saving Appliances (LSA) Code requirements, to be replaced no later than the first scheduled dry-docking of the ship after 1 July 2014 but, in any case, not later than 1 July 2019.

The SOLAS amendment is intended to establish new, stricter, safety standards for lifeboat release and retrieval systems, aimed at preventing accidents during lifeboat launching, and will require the assessment and possible replacement of a large number of lifeboats release hooks. The Committee will also be invited to adopt draft Guidelines for evaluation of and replacement of lifeboat release and retrieval systems and related amendments to the LSA Code which, along with the proposed draft SOLAS amendment, had been referred back to an intersessional working group which reported to the 55th session of the Sub-Committee on Ship Design and Equipment (DE) held in March. The MSC will also consider associated amendments to the Revised recommendation on testing of life-saving appliances (resolution MSC.81(70)).

The MSC will consider two options aimed at achieving the entry into force of the 1993 Torremolinos Protocol on fishing vessel safety, which were agreed by the Sub-Committee on Stability and Load Lines and on Fishing Vessels’ Safety (SLF), when it met for its 53rd session in January.

Following the decision of the MSC 89, the final instrument(s) could be adopted at the Assembly, in late 2011, or by a diplomatic conference.

Future work to implement goal-based standards to be considered

The MSC will monitor the progress made with the implementation of the International Goal-based Construction Standards for Bulk Carriers and Oil Tankers, which were adopted at its 87th session, along with the associated amendments to SOLAS Chapter II-1 making their application mandatory, as well as verification guidelines and the ship construction file. The Committee will also discuss its future work in the matter, including the completion of generic guidelines for developing goal-based standards.

LRIT status to be updated

The MSC will be updated on developments in relation to the establishment and testing of LRIT Data Centres (DCs) and the operation of the LRIT system since its last session, including the results of the first modification testing phase and the operation of an Information Distribution Facility (IDF) for the provision of flag State LRIT information to security forces operating in waters off the Gulf of Aden and the western Indian Ocean.

The MSC will also consider the transfer of operations of the International LRIT Data Exchange (IDE) from the temporary facility in the United States to the permanent facility at the European Maritime Safety Agency in Portugal.

Also under consideration will be the performance review and audit reports of the IDE and DCs submitted by the International Maritime Satellite Organization (IMSO), as the LRIT coordinator, together with its findings and recommendations; and issues concerning the long-term operational and financial viability of the LRIT system.

The list of Parties deemed to be giving full and complete effect to the provisions of the STCW Convention, as amended, is expected to be updated when the Secretary-General submits his report on those countries whose independent evaluations have been completed since the previous MSC meeting.

Following significant progress made by the Sub-Committee on Flag State Implementation (FSI) towards making the Voluntary IMO Member State Audit Scheme mandatory, the MSC will be invited to consider approving the proposed draft IMO Instruments Implementation Code (IIIC), which would be the proposed new title for the mandatory version of the current Code for the implementation of mandatory IMO instruments. The draft code will also be forwarded for consideration and approval by the Marine Environment Protection Committee (MEPC), and then to the Assembly, for adoption at an appropriate future session.

Development of the draft Code for Recognized Organizations (ROs)

The MSC will be invited to provide further guidance to the FSI Sub-Committee on the development of the proposed new Code for Recognized Organizations (ROs), which would provide a consolidated instrument containing criteria against which recognized organizations (which may be authorized by flag States to carry out surveys and issue certificates on their behalf) are assessed and authorized/recognized, and give guidance for subsequent monitoring of ROs by Administrations.

The MSC will also be invited to approve, for submission to the IMO Assembly in November 2011:

In connection with other issues arising from the reports of IMO Sub-Committees and other bodies, the MSC will be invited to: